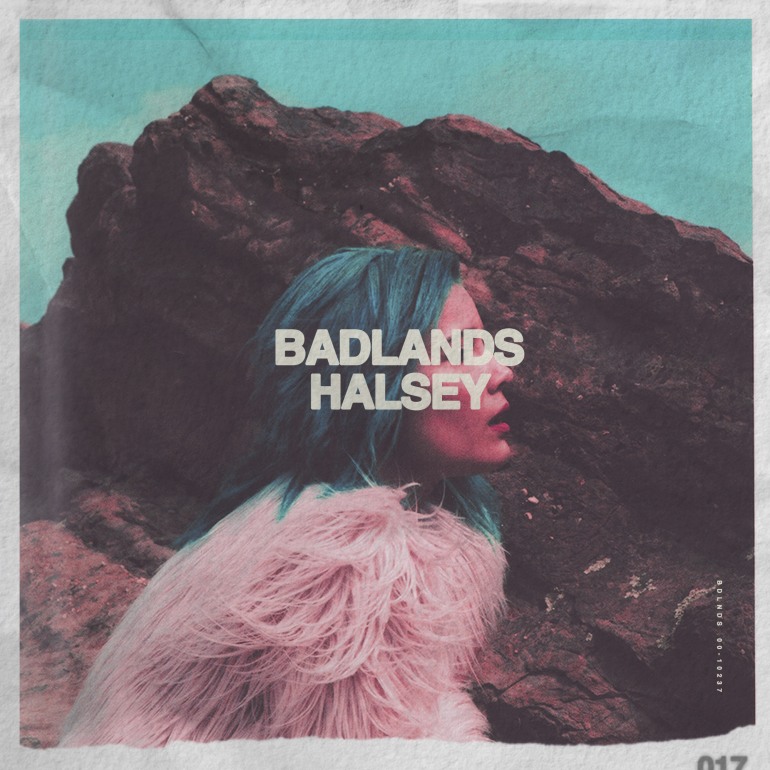 Boston-based singer Ashley Frangipane, 20, better known as Halsey, released her debut album BADLANDS on Aug. 28th, featuring the tracks “Ghost”, “Hold Me Down” and “New Americana”. Halsey herself described BADLANDS as an “angry feminist record”, and a body of work that showcases her own headspace, represented by the badlands themselves.

According to Halsey, lyrics are her game. “I’m more of a writer than anything. I’m not even that good of a singer.” She claims, in one interview. Her stunning lyricism is best showcased in the track “Colors”. It’s hard to pick out one lyric from the song, describing her color-coded romance with a past lover, but a fan favorite displays her talent well. The spoken-word line reads, “You were red, and you liked me, because I was blue. You touched me, and suddenly I was a lilac sky, and you decided purple just wasn’t for you.” Her sultry voice, paired with the words, is a wonderful example of the best of the best on BADLANDS.

The album comes with a lot of surprises, with one of the biggest being one of the record’s later tracks, “Control”. It’s a darkly recorded song that sounds like it was taken straight from a horror movie, written about Halsey’s own battle with mental illness. It’s a real left-hook, with most of the rest of the album consisting of more upbeat, poppy jams. It builds an eerie, cold, almost demonic atmosphere, with Halsey barking, “Goddamn right, you should be scared of me,” Before lamenting, “Who is in control?”

However, the bridge is truly where it gets demented. “I’m well acquainted with villains that live in my head.” Halsey sings, her vocals echoing without any instrumental, aside from a downright creepy symphony of sounds that can’t truly be described.

Halsey’s own self-confidence commonly comes into play on the album, and one thing is clear about the singer; she doesn’t play around, and she doesn’t beat around the bush. Her powerful, no-nonsense attitude is most strongly displayed in the chorus of Strange Love, only available on the deluxe edition, where she insists “I’m gonna write it all down, and I’m gonna sing it on stage, but I don’t have to fuckin’ tell you anything.”

Overall, BADLANDS is an incredible display of Halsey’s uncensored, skillful, and colorful lyricism, and her raspy, mellow, echoing vocals compliment it well. Listeners who enjoyed the album may seek out her debut EP, Room 93, which features Ghost and Hurricane, a track on the deluxe version of BADLANDS. Her vocal and lyrical talent, combined with her massive social media following and charming, humble personality, is sure to send Halsey’s BADLANDS to the top of the charts, with nothing left hold her down.

Not Hispanic, Not Latinx

B is Not for Beaner

Felix is a 16-year-old, non-binary freelance writer from Dallas. They think and talk too much about pop culture.