Quit Saying F**kboy: The History Behind an Ugly Word

In 2015, a new word entered our popular lexicon. And it caught on and spread like wildfire. It’s the word “f**kboy”. You may have heard the word once or twice or 300 times.

Finally, a word came along that was equivalent of slut-shaming a woman (not advocating slut-shaming anyone, by the way). For so long, guys could call women sluts and whores/hoes without retribution. And suddenly, here’s the chance to do that with guys. But few know what the word actually means or its origins.

When I first heard the word, I had no issue with it. But after learning about it, my views on it quickly changed.

F**kboy is used as a slur against male victims of rape, specifically prison rape. A fuckboy was a male prisoner who was passed around as sexual property of fellow inmates and because they were weaker and smaller, they were taunted and called fuckboys. And in order to prevent them from speaking out about the rapes, they are often beaten, strangled, and often have their throats crushed.

We can acknowledge that yes f***boy did start as AVVE (African American Vernacular English) slang, but the meaning has changed over time since it was first heard in Cam’ron’s “Boy Boy” song. As men entered the prison system they may have come with this new word, changing the meaning. It the same with the word swastika, it previously meant “good fortune” or “well-being.” Hitler later turned it into the Nazi symbol, thus giving it a negative and dark meaning.

There was a prisoner by the name of Randy Payne. He was convicted of a non-violent crime and began to serve his time at a Texas prison. Just one week into his sentence, he was subjected to sexual violence. He was raped by over TWENTY inmates until he met his tragic demise after sustaining massive injuries and died at the age of 23.

I’m putting a face to this slur. When you say that word, he and millions of others like him are the people you’re referring to, not an “ain’t sh*t guy” or a man who can’t keep it in his pants. Do I think everyone who uses this phrase is doing it to make fun of male rape victims? Absolutely not. However, the sad thing is that I have a feeling that some people who read this will still use this terrible word because they’re using the “2015” version of the word. How do I know? Because I’ve brought this to many people’s attention before and my attempts to educate them were unsuccessful.

I mean, it’s 2016 and we’re still having to tell non-black people not to say the n-word to no avail. Many people argue that this term wasn’t originated in prison; what we have to realize is words take a life of its own at times. It may not have started in this way but as time passed, people in the prison system reclaimed it and made it what it is today.  Unfortunately, I don’t think many people will stop saying the word even after discovering it’s a word designed to ridicule male rape victims. And if that isn’t rape culture, then I don’t know what is.

Millennials and “Bernie Bros”: The Demonization of Hillary Clinton

Dear Kanye West: You Are Still My Problematic Fav, Sadly 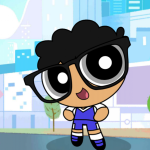