6 Ways Us Black Men Can Do Better

In the midst of Beyoncé’s stellar visual album Lemonade and the year of the carefree Black girl. People have begun to criticise what cisgender heterosexual Black men are doing for people that aren’t cishet Black men. Unfortunately the majority of Black men have risen to the occasion. Many Black men through the internet have displayed an appalling irreverence towards Black women, Trans and Gay Black people. Yet the same Black men are superbly educated on racial discrimination and police brutality. This became a phenomenon and men who harboured this type of thinking were labelled Hoteps. Here is a 6 step guide on how to do better as a Black man and to stop being a ‘Hotep’

“All we need to do is see you SHUT UP AND BE BLACK.
Help that woman.
Help that man.
That’s what brothers are for, brother.” – Gill-Scott Heron

1) Know when to take a seat
For the same reasons you want White people to take a seat while discussing racism. Take a seat when Black women speak on patriarchy and abuse, which believe it or not, is still exercised and perpetuated by Black men. Taking a seat isn’t enough, you need to listen. Allow them to be angry, it’s rational. Know where you stand, just because a movement isn’t centred around you doesn’t mean you can’t be involved and when you’re involved acknowledge that it’s their space and their grievances and your voice won’t and shouldn’t be the predominant one in those discussions. Black women let us have our turn when Kendrick came out with To Pimp a Butterfly, they even joined us while singing ‘Alright’. Let them have Lemonade If you choose not enjoy Beyoncé’s or Rihanna’s recent albums because your fragile masculinity obstructs you from doing so, you’re wilfully excluding yourself from an amazing experience.

2) Acknowledge your privilege
You’ll jump over skyscrapers and through fiery hoops to get White people to acknowledge their White privilege but refuse to even acknowledge that your male privilege exists. This does not negate your racial oppression, but as a Black male you only experience that oppression. Black women deal with an evil cocktail of racism and sexism daily, which we need to do a better job of acknowledging. As a male the only place you realistically fear due to being raped is a prison or being a young boy in a catholic church. Now imagine that fear, except almost everywhere. Just because you, as a Cis-Het Black male doesn’t experience a form of oppression, doesn’t negate its existence nor does it put you in a position where you can disregard that oppression

3) Realise that Pro-Black means Pro-ALL BLACK PEOPLE
You can’t be selective when deciding which groups of Black people are freed from oppression or not. If you want the Black man to be liberated that means Black Women, Trans Black people, Homosexual Black people and Disabled Black people as well. If your bigoted ideologies do not include any of the aforementioned group then the Pro-Black train has no room for you. Realise that oppression is intersectional and acts on a much more intricate level than race does. Realise that because the Pro-Black movement is so inclusive that not everything is for us. Lemonade wasn’t for us, we can still enjoy it and if we don’t, it’s not our place to deny Black women of their deserved happiness and pride.

4) You’re going to be the bad guy sometimes
There was Malcolm Little before there was Malcolm X. Being ‘Woke’ is a constant process of learning and unlearning and unlearning sexism and patriarchy is one of the hardest processes you’ll face as a Black man because in many occasions you are the bad guy but this process needs to happen for you to be authentically ‘Pro-Black’. You’re going to feel guilt for having perpetuated sexism for as long as you did, and it’s great that you’re realising and even better that you feel guilty for it. That guilt needs to transform itself into a form of activism against that sexism and solidarity with Black women and other marginalised groups.

5) Be prepared to make enemies
Your biggest duty as man who’s ‘woke’ is to be able to dismantle the patriarchy within Male orientated spaces, as this is where the problematic ideologies fester and grow. Realise that you’ll naturally make enemies and lose friends. Realise that it’s for the better. Become comfortable within your masculinity and personhood that any threats towards your masculinity for supporting Women, Trans or Gay rights are nullified. Build a thick skin, in many cases you’ll be alone. People will be initially apprehensive to confront their complicity in a form of oppression, they still need to be taught. If they refuse to listen, learn to let go of dead weight, even if they’re your ‘fam’.

6) You don’t need to be manly man all the time
Breaking down your preconceived ideas of what it takes it be a man is also a big challenge. Learn to be vulnerable and acknowledge where you’re wrong and where uninformed, seek help. Be humble in your process and don’t impose any ‘Blacker than thee’ rhetoric If you want to be authentically Pro-Black. Being a Black male means you’re a part of a greater big chocolate melting pot of people with different disabilities, mental health issues, skin tones, nationalities, sexual orientations and gender associations and your inclusivity in this is measured on how much you’re willing to fight for your brothers and sisters as they are for you. It’s not always your turn and supporting different groups when it’s their rightful time to speak doesn’t make you any more or less of a man.

A Response to White Commentary on Lemonade

An Open Letter to Beyoncé 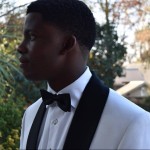 Tsogo in Tswana roughly translates to an awakening, make of that what you will. I'm 18 and living in Johanessburg, South Africa. Grew up on N.E.R.D and Anime. I'm an aspiring screenwriter with hopes to bring African stories to the big screen. Hobbies include Screenwriting, film, reading, listening to and making music