If you’ve been on the internet for any amount of time you’ve probably seen Tyler the Creator’s infamous “cyber bullying isn’t real, close your eyes” tweet.

Obviously if you’ve ever seen anything related to Tyler, then you know pretty much everything he says is sarcastic or ironic. Either way, even if you’re kidding, saying things like he has will never be okay. “Savage” twitter caught on to this idea and held on. Any time cyberbullying or online harassment is brought up, there’s savage twitter linking you to this tweet.

Now, when you read that, it’s easy to think that’s true. Seems simple enough, if you’re getting harassed online, just put your phone down, but it’s clear the people that support this idea have never experienced any real form of harassment or bullying via the internet.

Let me give you an example of one of the hundreds of times I’ve been harassed by grown ass men, and their thousands of followers;

The first time I ever experienced full on harassment that went on for months was when I was 15. It all started when I posted a photo of myself before and after makeup, with the caption; “Thanks makeup”. The photo made it over to savage twitter. The guy that has 52.2k followers, (at the time I had about 9k) and is pretty much known only for making fun of people, re-posted it saying “If you try to tell me she looks good in both pics you’re getting blocked”. Someone mentioned me in the tweet, and I replied to it saying “I look good in both pics”. Could it be? Someone actually didn’t agree with him? :0

He was clearly very hurt, his ego was damaged that my response got more attention than his original post. So, of course, in typical savage twitter style, immediately resorted to body shaming, bashing feminism, and “insults” that are only based off of physical aspects. The post that came with thousands of grown men attacking a 15 year old, was one that followed his ego stricken response.

There are 2 different memes using this photo, one of them saying “Don’t trust these twitter hoe’s bruh”, with one photo of my face and one of my body, as if to say I’m catfishing people, with two photos that I posted on my account owning my stretch marks, literally with a caption pointing out my stretch marks saying that they are normal, and nothing to be ashamed of. Again, both posted on my account, along with hundreds of other full body photos…so…anyways…there goes the meaning behind that one.

And then there’s the one that says “Shawty be f*cking up them veggie burgers” with the full body photo, and screenshot of my bio that includes “Vegetarian”. Now, I could go into detail about how being a vegetarian has absolutely no correlation with your weight, how chronic medical conditions make it close to impossible for me to lose weight, how uneducated someone has to be to think that not eating meat means you must be skinny. But I think we all know that already. The point of all of this is back to the harassment. So, this grown ass man, spends days, weeks, harassing 15 year old me, posting photos, attempting (key word; attempting) jokes, all while thousands of his followers are mentioning me, messaging me, and encouraging him to keep attacking me. The things that were said to me during this period were so horrible. I got death threats, people sending me photos of their guns asking where I lived, people telling me to kill myself, calling me a fat disgusting pig that should go cut my wrists, a waste of space that deserves to die, things way worse. Every day I woke up to this. For every person I blocked, two more showed up. This was the first time I had ever experienced anything remotely close to this.

At the same time that all of this was happening I was receiving hundreds of messages from young girls (and boys) telling me how much I have inspired them to love their bodies, and be unapologetic for who they are. Messages upon messages from girls who were struggling with eating disorders telling me that I’ve helped them be able to feel like it’s okay to eat, that I’ve helped them feel like they don’t have to starve themselves. Messages from girls who have tried to commit suicide because they felt so horrible about themselves and couldn’t change their bodies no matter how hard they tried. The list goes on and on, no story was the same. Thousands of people sharing their stories, because in some small way I had helped them feel that it was okay to not fall into the medias version of perfect.

I cried myself to sleep so many nights and had countless anxiety attacks from being relentlessly attacked by so many people. So, why not just turn off my phone and deactivate my account? I know many people that have gone that route. However, that is not a route I have ever been willing to take. When I was in the peak of getting attacked, I was also in the peak of being an outlet for young (and older) people to feel comfortable and accepted. I wasn’t going to just put down my phone and ignore the massive amount of love because I was simultaneously being harassed. For every 3 positive comments there was one negative one. Even though i was personally having a hard time dealing with the negative, I never let anyone know that it effected me. I maintained a positive persona and continued to spread nothing but uplifting things. And now I am in a place where nothing even phases me anymore. I have heard the absolute worst things anyone could ever say. It doesn’t even register in my brain anymore, as soon as I realize it’s something negative I immediately move on to the next positive comment. It literally doesn’t mean anything to me, more than anything I just feel bad that someone really wanted to take their time to type that out in an attempt to put someone else down. I hope everyone can reach this point, but it took me a really long time to get to where I’m not bothered, not everyone can get there.

Nonetheless, the idea that cyberbullying isn’t real, and can just be diminished if you don’t look at your phone…is…horrible. The messages are still going to be there, they don’t just disappear. So basically, if you’re ever getting cyber bullied, never get online again? There is absolutely no difference between bullying someone in person than there is to bullying someone online. There’s this idea that the internet “isn’t real”. What is it then? Something that exists only in some weird alternative universe? No. It is real life. You are typing something on your real phone to a real person, that lives in a real home, in the same real world that you live in. There is no excuse for attacking someone for retweets, or for your own twisted enjoyment, there is no “just don’t look at your phone”, perhaps the new phrase should be;

In this article:bullying, Social Media
Up Next:

Interview With Up and Coming Mental Health Advocate, Nicole Vana 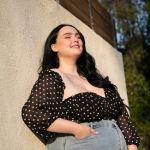