Letters From A Formerly Misinformed Racist

I am not white. I am a Puerto Rican and Dominican girl who lives in the inner city Bronx. I do not look white. I have tan caramel colored skin and dark thick curly hair that drapes over my face with my round nose and plump lips. I also happen to be well spoken. This has seemingly been something of an anomaly to my caucasian peers who have been mystified and felt quite at home with the little brown girl and her very “white” demeanor. And this is something I’ve encountered my entire life being raised in the primarily white, right wing, conservative Catholic world of Westchester, New York. As I grew my whitewashed world seemed appropriate and the way it was meant to be. I was somehow superior to my hispanic cohorts who indulged in their heritage. I grew to find the music, language and culture repugnant. I dated white boys, watched white TV, and denied anything that had to do with being a minority. I was a Republican who advocated for the abolition of social programs, and was vehemently against amnesty and Universal Health Care. I prided myself in being totally and completely different than the rest of my people. I say “my people” but a few months ago that is not what they were in my mind. They were “those people.” Those of the “ghettos”, the lazy criminals who wanted a handout. And in my own personal life, I hated my obviously Latina features. I flat ironed my hair, avoided the sun in the summer for fear of tanning, and contoured my features to make them less obviously Latin. And why did I do that? Why did I believe that white was right? Because of a culture that fed me white American beauty standards, rampant stereotypes and a misconstrued history.

As a Hispanic female I sat in history classes year after year after year assuming that my people had simply never existed in this country prior to the end of the last century. And now, upon diligent research I see that our struggle was not only equal to that of my fellow African American minorities but to add insult to injury, entirely ignored. It was only recently and much to my surprise that I learned that my Latino ancestors were lynched right beside African Americans. This was quite a shocking reality to consider about the country I thought to be the greatest in the world.

As you can most likely imagine it was not a smooth transition moving from the world of white Westchester to the integrated society of the North Bronx, where not speaking Spanish was almost a cardinal sin. As the child of ideologically polarized parents who had separated very early on in my life, learning the ideas of my estranged father was revolutionizing. When I spoke to him of the eating disorders that stemmed from a beauty standard that my naturally curvy ethnic body type could never attain, he was entirely appalled. Mildly outraged he set himself on a path to enlightening me to the idea that my beauty, my ethnic features, had value. This was an idea I had never even encountered. As far as I was concerned beauty for me would only be attained when I was as light-skinned as possible, had the straightest hair and the thinnest most European of features. When I had washed away all signs of my Latin heritage from my appearance – then I would be beautiful. My father began the path to teach me that this was simply false. I began my journey into self-acceptance and into intersectional feminism. As a proud feminist, I have come to realize that beauty is in all women and not those of only one standard but certainly not the other extreme. Women of all colors – White, Black, Latina, Asian and mixed ethnicity – are beautiful. And to add to this idea as an intersectional feminist I have begun to reject the American white beauty standard and realize that it is just another exclusionary tactic to further oppress people and specifically women of color.

We, women of color, walk around this country and see the beauty standard and allow ourselves to be consumed with self loathing that sits at the core of our beings and pulls at us in the most silent of ways. But what we need to realize and what we need to teach this next generation of women – is that beauty does not have a standard. There is no such thing. It is an illusion. Beauty is found in diversity and the differentiation of one to another. We are beautiful because we exist. We forget that our worth is so much more than this. We are women. We are intelligent, strong, inhabitants of the world that has pit itself against us. We must remember that our value is so much deeper than the way that we look and that this is only because the way that we look is perfect by nature. To be woman is to be beautiful. It is that simple of an equation. Our focus should be that of our ancestors. The brave lawbreakers who fought for equality, who risked their lives and limited freedom so that we can have education and voting rights. And their struggle has brought us eons from where we were but we are not there yet.

This was a fact that I was unaware of until I moved. As far as I was concerned, racism was gone. It did not exist any longer. This is simply untrue. The lazy criminals that wanted a handout were, in fact, mothers and fathers who were pushing against a system that was created to oppress them. Those of the “ghettos”, the unintelligent folk of folly who I looked so far down my nose upon – were struggling to feed their families in conjunction with an educational system that did not motivate them to succeed. I honestly believed that these people were content in their poverty and that they strived for nothing more. Now, of course, I realize the error of my ways. But in believing these things I was the personification of the racism I no longer thought existed. By denying racism’s existence I was saying that people of color were all of these horrible things because of their nature and not because of circumstance and if that’s not racist I don’t know what is.

And so this letter is to all of my fellow minorities, to all of the women of color who hate themselves, to all of the privileged white folk who do not realize the continuation of the American oppression they have never endured. I have lived both lives. I have seen the privilege, in fact I was raised in it. And I have seen the struggle of my people, I willfully submerge myself in it. And the only way to fix this rampant and systematic injustice is to join forces. Racism cannot continue if we recognize it as real and actively fight to end it. Prejudice cannot continue if we cease to feed into the lie that it has been abolished. Racism is the cornerstone of this country’s wealth. America’s wealth was built on 400 years of free labor. On the backs of our people. That does not just disappear with a black man in the Oval Office. Racism is real. And it is all of our responsibility to end it. We are the generation of love. We are the generation that pushed for a black president, marriage equality and the forefront of the feminist movement. We are the generation of information. We have the world at our literal fingertips. We can change this world. We can change minds with our iPhones. We can end hate. We can spread love. We can change this. The first step to recovery is to admit we have a problem. So say it with me, America.

Hi, my name is America and I am racist.

In this article:america, feminism, RACE
Up Next:

How Black Actors Became the Joke of Horror Movies 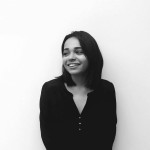