Growing Up Biracial Wasn't A Fairytale

What Is Postnatal Depression?

The deafening sound of the road vibrating under the weight of 50 approaching tanks. The echoes of  300,000 soldiers’ synchronized march.  They have a mission to fulfill. The thousands of protesters sitting outside occupying the streets, look up from their groggy, self-induced, starved stoopers. Before then, there had been a peace in the air, a sense of optimism and a feeling of that they were having an impact. If only they’d known the events to take place later that night. Their fates decided just a day before: lethal enforcement is to be issued.

10:00 pm, the 38th Army convoy opens fire on protesters at the Wukesong intersection on Chang’an Avenue, about 10 km west of Square. The massacre has begun. Song Xiaoming, a 32-year-old aerospace technician, was the first and certainly not the last victim of the night. Lü Peng, nine years old; awoken in the middle of the night by the sounds of gunshots, sneaks outside, only to be hit by a stray bullet. She would be the youngest amongst the estimated hundreds to thousands of fatalities; the exact number will never be known. Victims included: protesters, citizens, residents, onlookers, college and high school students, military officials, and soldiers. It is complete and utter chaos. The night is concealed in smoke, the smell of blood and the frantic movements of those still alive, and then silence. An eery stillness in the light of morning, crushed bodies are strewn across the street and residents are advised to not leave. The largest of deaths occurred, not on the initial night of the attack, but in the days later, as mass purges would ensue: imprisonment and extermination.

An act of unprecedented military violence on its citizens, fully demonstrating the government’s will to combat pro-democratic demonstrations, labeled as an “anti-revolutionary rebellion”. The Tiananmen Square Massacre will forever be immortalized by the images and videos of  Tank Man. A day after the massacre, June 5th, a white-shirted young man, with a shopping bag in each hand, who stood in front of a line of 17 tanks heading towards the scene of the most prolific violence, as the site of numerous casualties, the Avenue of the Eternal Palace. This unknown hero became a symbol of the defiant, unyielding and relentless spirit of the cause that the students had fought for, “The unknown soldier of the Chinese democratic revolution.”

27 years later, family members of the victims and survivors alike, are still perceived as threats, liable to speaking up, they are subjected to routine “White Terror”of harassment, increased surveillance by police and possible detainment. Destroying the honor for the dead and the pride of the living. Recently, Tumblr, a haven for unregulated virtual expression and discussion forums, has been blocked in China to further suppress information. The government’s refusal to acknowledge or initiative to take action on behalf of the victim’s families both then and now shows the blatant dismissal and indifference towards the rights and justices of its citizens. “Justice delayed is not justice denied.”

The efforts of Tiananmen  Square have been largely and purposely ignored. Denied for its citizens, but albeit forgotten by the Western World. Understanding the significance, the magnitude, and severity, further emulating not only the China’s but numerous countries’ willingness to punish and suppress its citizens. A warning and reminder of the dangerous combination of a powder keg of oppression building to devasting effect. Remembering the protest as more than, that paragraph section in your textbook, which you and or your teacher conveniently glossed over; but as a call for democracy unanswered and brutally silenced.

The Martial Law Misconceptions of Filipino Millennials: It’s Time To Open Our Eyes 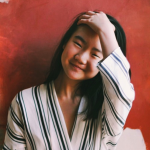