Jeremy Corbyn faces a leadership challenge. If you’re involved with British politics you’ll know that Corbyn is the Leader of the Labour Party and Leader of the Opposition. Now, the position as Labour leader is up for grabs after his MPs successfully conceded a no-confidence motion against him claiming his policies are not credible.

Nevertheless, support for Corbyn continues to grow with mass support on social media and many showing up to his speeches and rallies. From August 22nd anyone who registered with the party before 12th January 2016 will be entitled to vote for the next leader. Because of this, the Labour party is in a state of civil war.

Here are 6 reasons to vote for Jeremy Corbyn, which you probably wont see in the Daily Mail, Mirror or the Guardian

1) He is a firm believer in democracy

Corbyn represents people powered politics. At a time when we have the House of Lords – an unelected legislature, democracy is needed. Especially when our trust in politicians is at the lowest its ever been.

2) Tony Blair doesn’t want him to be leader

MPs and former leaders have  spoken out on the little confidence they have in Corbyn. Gordon Brown, David Milliband and Tony Blair have stepped up to address their opposition to the current Labour leader. Blair definitely does not want Jeremy Corbyn as leader and I think that’s enough reason to side with him.

Britain have renewed their £100bn Trident nuclear missile system even though polls have shown that over 60% of British people want to ban nuclear weapons. Jeremy Corbyn agrees with this, as a supporter of the Stop the War coalition Corbyn wants to see an international agreement to ban the likes of such weapons. I agree with this completely.

“Education is not about personal advancement but is a collective good that benefits our society and our economy.”

Corbyn is a deep rooted opponent of tuition fees, he wants to scrap them completely and restore student maintenance grants. A man who sees the benefits of education and the problems young adults face is a man worth voting for.

5) He is responsible for the huge membership increase

After winning his leadership with the biggest mandate from party members that any leader has ever won with 59%, Labour’s membership under Corbyn has increased considerably with over 350,000 new members.

Despite being a Eurosceptic, Corbyn gave us real reasons to vote remain. His campaign brought truth rather than scaremongering voters.

Even with a disappointing Brexit result,  Labour still managed to get 63% of its 2015 voters to vote Remain in the EU referendum. Whereas, only 42% of Tory voters chose to Remain.

Corbyn has dedicated his life to the left and fought for his side for the last 30 years. Corbyn was the politician who made many feel more impassioned to want to vote.  So, if he has to step down because he ‘failed’ to tackle numerous problems like xenophobia in Britain, then this country is hopeless. Britons laughed at America for letting Bernie Sanders go and if we let Corbyn slip through our fingers, we’re going to be in the same boat.

Instead of ‘Turning Up’, We Should Be Turning Down the College Culture of Binge Drinking 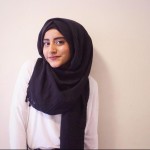