Hande Kader was a 22-year old politically active sex worker. She was a transgender female, residing in Turkey. Before her body was found, she was last seen getting into a client’s car, after which she went missing for a week. Her body was found, badly burned, on the side of the road in Istanbul. This was after her friends had filed a missing persons report, prompting a search for her location.

On top of being transgender, Kader was seen at protests and demonstrations for LGBTQ rights. There are videos of her facing the police on YouTube, and she has apparently been arrested at least once during LGBTQ rights public events. The fact that she had been seen campaigning in public likely put her even more at risk than she would have been purely for being transgender.

In fact, this is not the only recent hate crime against an LGBTQ person in Turkey. According to the BBC’s sources in Turkey, most LGBTQ hate crimes occurring in their country go unreported.

Lately, a gay Syrian man, Mohammed Wisam Sakari, has been found beheaded and mutilated in Turkey. In fact, his body had been so mutilated that the only way it was identifiable was via the clothes he had been wearing when he was killed. He had reportedly been raped before his murder, too.

Also, another transgender woman suffered and survived a knife attack last week in Mersin, Turkey. According to LGBTI News Turkey, the police arrived at the scene of the crime and did not take action. Furthermore, she was released from hospital after the attack with no report to assess her with.

It is devastating in so many ways to see a member of my transgender family lost today, as well as the other LGBTQ people who have been attacked in Turkey of late.  Please help to spread the word by sharing this article on Facebook and Twitter or searching the Twitter hashtag ‘#HandeKadereSesVer’ for more information and support.

Target Takes a Stand to Protesters on Their Bathroom Policy

The Dilemma Of Growing Up Queer In A Strict Religious Family 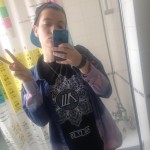 Sam Volante is a proud DFAB nb boy (he/him pronouns), pansexual, totally pop punk, and an aspiring journalist from London, England. Sam has a particular passion for the rights of LGBTQ people, feminist issues and mental health issues, along with studying media, English, creative writing and Spanish (currently at A Level).Sam is also a passionate fan of Halsey. Sam's favourite pastimes are reading comics, listening to Elliott Smith and blogging about the hardships of being a Supernatural fan. Contact @ volantemedialdn@gmail.com.