Awareness has been on the rise toward our busy bee friends, but tragedies strike from time to time against these pollinators. Most recently, millions of honeybees have died after being sprayed with an insecticide from above, which aimed to target Zika-carrying mosquitoes in South Carolina. Nearly a week from said tragedy, beekeepers continue to grieve their losses and attempt to start fresh.

Juanita Stanley, co-owner of Flowertown Bee Farm and Supply  has lost 46 beehives, which amounts to approximately three million bees.”On Saturday, it was total energy, millions of bees foraging, pollinating, making honey for winter,” beekeeper Stanley stated. “Today, it stinks of death. Maggots and other insects are feeding on the honey and the baby bees who are still in the hives. It’s heartbreaking. Those that didn’t die immediately were poisoned trying to drag out the dead,” Stanley said. “Now, I’m going to have to destroy my hives, the honey, all my equipment. It’s all contaminated.”

The death of the bees are not only a tragic event for these colonies of bees, but should be affecting jobs as well. With the livelihood of multiple beekeepers ruined, they will be forced to start again from scratch, and conjure a plan to prevent these events from occurring in the future. In order to do so, These beekeepers must come together and propose a plan appealing to the local government. Such a plan has been put together, at with Change.org, which aims to “request that this abatement (and future ground and/or aerial spraying) cease and desist until such time as these things can be addressed by the proper personnel.”

Dorchester County government had addressed the loss of the beekeepers, and defended to giving a fair warning in the newspaper. “That’s true when they sprayed by trucks; they told me in advance, and we talked about it so I could protect my bees,” Stanley said. “But nobody called me about the aerial spraying; nobody told me at all.” Stanley shows how deeply she feels about the issue, emphasizing she “would have been screaming and pleading on their doorstep if they had. ‘Do it at night when bees are done foraging,’ I would have told them,” she added, breaking into tears. “But they sprayed at 8 a.m. Sunday, and all of my bees were out, doing their work by then.”

A Clemson University scientist collected soil samples from Flowertown on Tuesday, according to WCBD-TV, to further investigate the cause of death. It was confirmed as pesticide use of Naled, which kills mosquitoes on contact. However, the toxin is clearly labelled to be deadly to honeybees as well.

This has not only been an economical loss, but an emotional and very deep one, with those who have worked with, lived near, and cared for the bees. Heartbreak was shown through desperacy of the bees, especially of those attempting to clear out the hives, thinking they had a chance trying to overcome the poison. The time has come for protection of our bees. As Sue Monk Kidd would put it, “Every little thing wants to be loved.”

Is Our Generation Obsessed With Death? 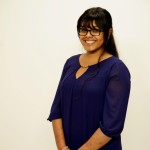