Black Down Low Men: Why So Many Of Them Are In The Closet 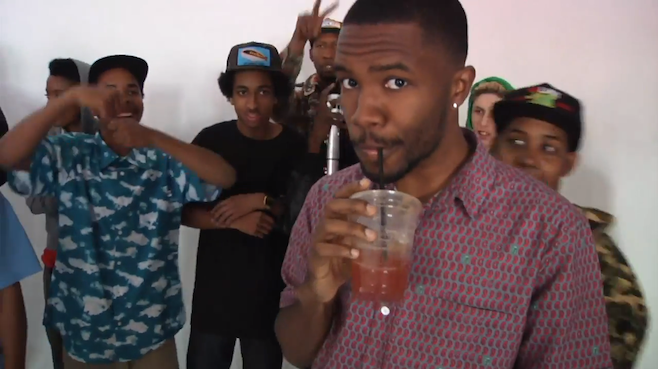 The first thing that comes to black peoples minds when a famous black man gets “outed” or comes out of the closet himself is “Why did he wait this long to say something?” You would think the reason why would be pretty obvious, but the community will genuinely get offended when a famous black man comes out. Women who are attracted to the celeb who comes out, voice their  annoyance because now their chances of being with him are completely thrown out the window “No! He cant be gay!” and men who admired the man will suddenly distance themselves from him due to a “If I continue liking you people will think I am gay too” mentality. Among all of these things there is also a sense of betrayal in black people’s reactions to a black queer man coming out. “I liked him! I trusted him!” They speak as if coming out is like running over your foot and taking your wallet. These are some of the reasons why black men do not come out of the closet.

The DL or the “downlow” has existed long before all of us were even thoughts in our parents minds. The downlow was code for any man assumed to be gay or bisexual by straight black people, or a term used by gay and bisexual men to reference a guy in the community who is not open with his sexuality. A man in general regardless of race will stay on the DL because obviously society is homophobic, but a black man will stay on the DL because not only will society put you down for being black but, its a double whammy for not being heterosexual because the black community will make things even worse for you. Although a small amount of black men are on the downlow because they have internalized homophobia, being on the downlow for a lot of black men is not because they are ashamed of who they are, but because the black community is not accepting of queer people.

The downlow often gets labeled as a man being shady, underhanded, and malicious, but it has historically been the difference between life and death with queer black men. The downlow is a barrier for black men who don’t want to be shunned by their family, ousted by their community, and possibly targeted by the streets. The downlow has historically equaled safety and has also been a reason the community came closer together. Because of the “downlow” secret bath houses, underground gay clubs, and disguised gay bars popped up in black areas because essentially black LGBT had nowhere to be queer in peace. Cisheterosexual black people hated them for being queer, and white queer spaces would not take them because they were black, and these secret spots gave black queer men a sense of safety and allowed them to build as a black gay community, but they shouldn’t have had to exist in the first place.

People need to realize the “downlow” exists BECA– USE of homophobia. Black men wouldn’t have to hide who they are from society if society didn’t treat a black man not being heterosexual as a scandal, and something to be ashamed of. When Frank Ocean came out, many were stunned and couldn’t believe that a black man was openly coming out the closet. He got a lot of backlash for it. Even when black men do come out the closet, they will still lay low and not really broadcast their sexuality, in fear of being one of “those” who have the disgust magnifying glass on them by the community. If you are tired of black men being coy about their sexuality, or not mentioning it at all how about you tell the black community to stop being homophobic? Nobody is lying to you, or betraying you, or trying to play a trick on you, people are in fear of their lives and don’t have time to care for your feelings, and your need to be in everyone’s business because of the social obsession with who someone is sleeping with. You can’t tell black men to stop hiding their sexuality and being on the low, and on the flip tell them to keep all that “gay shit” to themselves and “I’m cool with it, just don’t do it in front of me.” As long as the community continues to treat black gay men the way they do the downlow will be here to stay. It is not black LBGT’s job to fix homophobia because we didn’t create it (white people did) and we don’t enforce it (straight black people do) and if you don’t want black men to be on the downlow then maybe perhaps you should work to fix the community to the point where there doesn’t need to be one.

In this article:black lgbt
Up Next:

I am an artist about 270 moons who enjoys writing in my spare time. Expressing myself and my opinions through my writing is the only reason I am still here today.

When Will We Talk About the Epidemic of Transgender Killings?