When Will We Talk About the Epidemic of Transgender Killings? 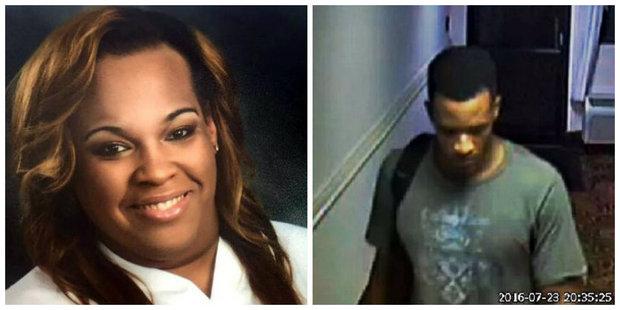 On Saturday, July 23rd, 2016, 25-year old transgender Dee Whigham was burglarized and massacred within her shared Best Western hotel room in Pascagoula, Mississippi.  She had reportedly traveled to frequent the Gulf Coast Black Rodeo with various friends and colleagues.

The following Monday, 20-year old New Orleans native Dwanya Hickerson was arrested and brought into custody by Jackson County sheriff’s department deputies after being speculated for the homicide when frames from hotel surveillance supplied evidence of Hickerson exiting Whigham’s room number the evening of the incident, a green shirt he had previously been recognized wearing suspended around his neck.

According to the medical autopsy, Whigham was stabbed repeatedly, totaling at 119 wounds, with the lion’s share to her face.  Moreover, her throat had been slashed three times.

Hickerson, a United States Navy recruit, is being jailed without bond on the charges of capital murder and robbery.  However, with reference to advocate.com, “—police would not disclose the nature of the robbery.”  The legal classification regarding whether to prosecute Hickerson with a hate crime is not being divulged by the officers as well, as it is an ongoing investigation.

Nevertheless, if convicted by a Mississippi grand jury of capital homicide, Hickerson may be confronted with the death penalty.

The Sun Herald additionally recounts that the, “Naval Criminal Intelligence Service also is investigating.  For now, Hickerson is considered an active-duty sailor, but that could change if the Navy, based on its internal investigation, decides to discharge him.”

Whigham, a recently licensed registered nurse employed to Forrest General Hospital in Hattiesburg, Mississippi, was beloved by all.  In a statement to The Sun Herald, Forrest General’s CEO Evan Dillary pronounced tenderly, “She will be remembered at Forrest Health as an excellent nurse who was well-loved by her patients.  I know Dee will be missed by her co-workers, supervisors, and the Forrest Health family.”

Furthermore, Raquel Cooley, Whigham’s cousin, mourned to The Sun Herald,”[She] was a hard-working, kindhearted person who was just starting her life who did not deserve this.”

Other relatives, including Denisha Whigham, Dee’s sister, took to social media for their grieving, writing, “I just can’t believe [she] is gone forever.  I love you and you will be missed.”

Unfortunately, Whigham’s harrowing bloodshed is not a leading occasion for the transgender community.  Therefore, I ask you: where is the outrage?

In 2016 alone, it has been recorded that nineteen transgender individuals have been murdered, the greater part of them African American.

The year prior, advocates for the Human Rights Campaign trailed twenty-one transgender fatalities at the hands of acquaintances, significant others, and unfamiliars—the most to date.

“While the details of these cases differ, it is clear that fatal violence disproportionately affects transgender women of color, and that the intersection of racism, sexism, homophobia and transphobia conspire to deprive them of employment, housing, healthcare and other necessities, barriers that make them vulnerable.”

Meanwhile, lawmakers are continually passing anti-LGBTQ+ legislation.  In 2015, 125 were designated in inherent discrimination against LGBTQ+ persons nationwide, with twenty-five of those anti-transgender.  Seventeen pertained to bathroom/locker room/athletics, two corresponded to healthcare (including healthcare for incarcerated prisoners), one protested transgender marriage, and the concluding one was a discrimination carveout.

In summary: it is due time for us as American citizens and human beings to acknowledge this rampaging epidemic against the LGBTQ+ community.  We cannot persistently permit for a transgender male, female, et cetera, to not reside comfortably in their hometown because a suit at the capital building is suffocating in their ignorance and malice.  We cannot blissfully carry on as six feet of graves are being shoveled for caskets that were not opened for their families because their faces were disfigured from their murderer’s violence.

For Dee Whigham and her transgender brothers and sisters, we must, in the simplest of terms, be better.

Rest easy, Dee.  You will not be forgotten soon.

Why Are We Hiding Homosexuality from Kids?

An Argument For (And Against) “Finding Prince Charming”

A seventeen-year old staff writer and associate art director for Affinity Magazine originating from The Mitten, USA, who’s merely venturing to save the world (among alternative endeavors). Is starry-eyed by the assortment of shapes and sizes of social justice, being an unadulterated bookworm, harmonizing the occasional tune in the shower, and viewing the multitudinous seasons of Supernatural. Is essentially a local time warrior contending the cosmos one emotional codependency after another.