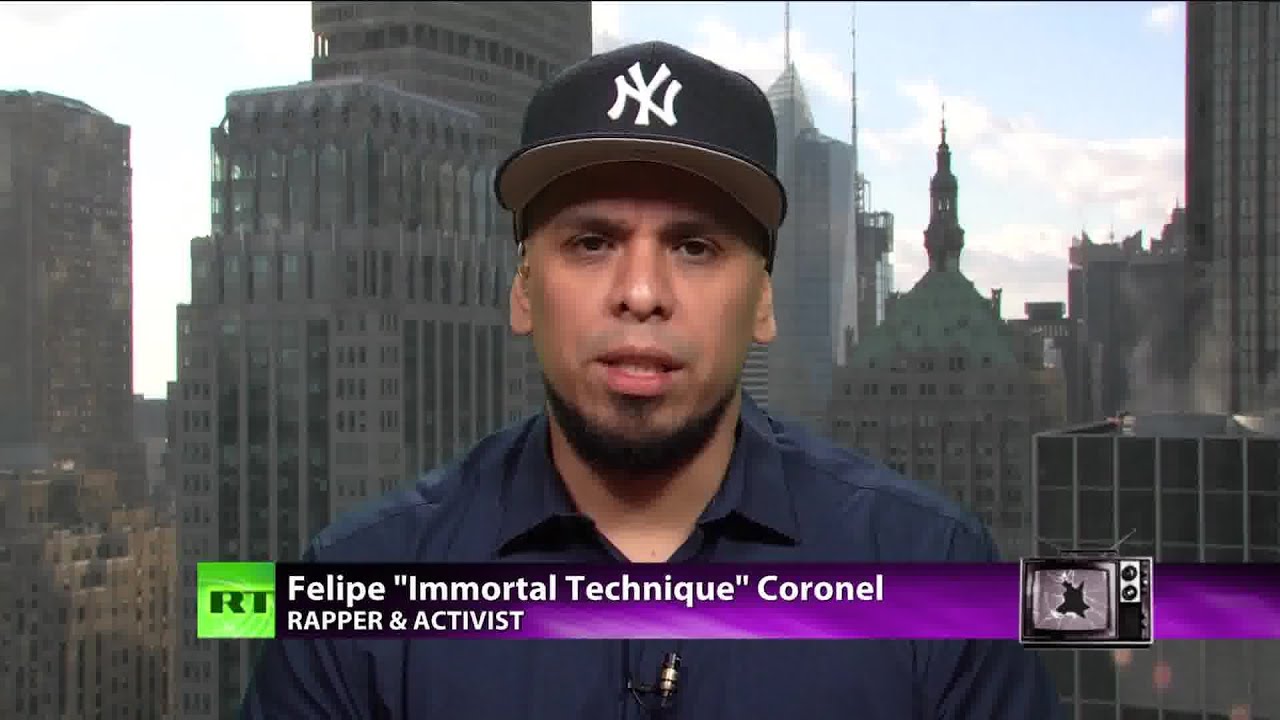 You could label him an activist or a conspiracy theorist, but Immortal Technique is nothing less than the greatest political rapper of all time. You’ve probably heard one of his most played songs, “Dance with the Devil,” which shed light to the true ugliness of the glamorization of gang life, but if his intricate metaphors and profound vocabulary really sparked your interest — you dug deeper into his music. You’d find that he speaks eloquently on topics that musicians, or even celebrities rarely seem to address. Being that he is apart of his own record label, Viper Records, he is free to discuss whatever he chooses to in his music. He’s very proud to be an independent artist — he wants no limitations to what issues he can speak on.

“No corporate sponser telling me what to do
Asking me to tone it down during the interview
Tryin’ to minimize the issue, but I’m keeping it large
I love the place that I live, but I hate the people in charge
Speakin is hard when you got strings attached
So I’m a say it for you ’cause I ain’t got none o’ that.” — Immortal Technique, ‘Freedom of Speech’

Immortal Technique raps about the raw truth of the corruption in this nation, and many others. From speaking on the racial issues that’ve plagued this nation from day one, to the role the drug trade plays in most to nearly all economy’s, to the suffrage of all those who have fought to make their nation better for the people, Immortal covers every controversial topic there is. In my experience, I’ve been to a couple of his concerts, and he is nothing but genuine. During both concerts I attended, he asked all the men to put their fists in the air. He then spoke to the ladies of the crowd, saying that those fists are the men’s promise to protect the women in the audience during the duration of the concert and onward, because there has never been a successful revolution without the mothers, daughters, and sisters of the movement. For me, this meant a lot, and really showed his character. I’ve never seen Drake doing anything like that.

“Ignorance is venomous, it murders the soul. Spreading like a virus running rampant, but out of control.” — Immortal Technique, ‘Caught in a Hustle’

He always takes a pause between his songs to speak to the audience. Not just to ask how we’re feeling and hype us up, but to tell us a story, teach us a lesson, and to unite the crowd as one. I’ve never been to a concert that’s felt more safe, or more together.

In an interview with Huffington Post, he spoke from the heart. “I think for me, when you talk about revolution, it’s very easy to romanticize picking up a gun or marching in the street, but I think before we take any of those actions, violence of course being the last one, we first have to have a revolution of the mind… I think when we get to those interpersonal stories, it helps to build that camaraderie between people and understanding them.” He goes on to explain the true value of understanding, and the real worth of an education. Immortal has help build an orphanage in Afghanistan, which doubles as both a school and medicinal facility, called the Amin Institute – which means “please answer,” or “honest” in Arabic.
His actions outside the walls of his music highlight his true character… he isn’t just another rapper interested in how many girls he can pick up in one night, or how much money he can make off of an album — his true concern is this planet in which we inhabit, how we’re effecting it and how we can help save it. That is why he’s one of my most favorite rappers of all time. His genuine passion matches his intricate eloquence.

No, Not All Undocumented Immigrants Are Mexican

Jean is a self published author living in New York. She published her first book of poetry, "Pulchritude and Soul," almost a year ago. She's passionate about equality, shutting down racists in the comments, advocating for mental health, eating good food and appreciating rare art. She hopes to spread her story, as well as many others, in efforts to end stigmas and enlighten those who are misinformed.