Can We Please Stop Asking Theresa May About Her Shoes?

It is only recently  Theresa May has been appointed as the new UK Prime Minister and yet she has already faced public scrutiny over her style. Having said this, there seems to be a trend in the scrutiny of the public over female Prime Ministers. Margaret Thatcher, the ‘Iron Lady’, was not only discriminated by the masses of the nation for her policies all of which many at the time may have not agreed with – she was also incessantly judged when it came to her style. Therefore, it is unsurprising to witness May be subjected to such judgements and interviews that consist of style tips rather than politics. 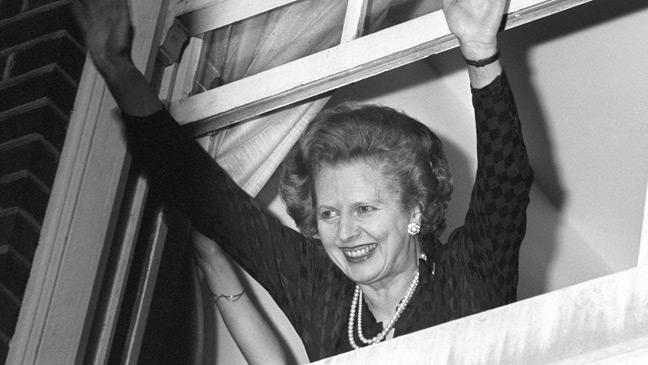 Though, it is 2016 – after all. Not the 70’s, the 80’s or the 90’s in which Thatcher was Prime Minister.  Yet we are still witnessing the constant scrutiny projected upon women when it comes to appearances. Very much alike to Thatcher’s pearls  and her pussycat bows, May has her kitten heeled shoes to be judged and asked about. However, it must be said that it is important to encourage compliments and approval of style in women and men in positions of power, of women and men in general. Yet, during an interview that is being pursued during the time of important proceedings such like BREXIT or the recent controversial discussions over foreign doctors and their place in Britain, perhaps leopard print kitten heels should not be on the agenda.

Recently on a British notorious national breakfast TV show Theresa May was interviewed. This interview was soon after pinned as ‘sexist’ according to Louise Ridley of Huffington Post.  Upon watching the interview I was shocked at the amount of air time that was dedicated to the questioning and answering around the topic of the “obsession” with May’s shoes. I calculated it was a total of 36 seconds of the 2 minutes and 16 seconds. Provided that there are several government proceedings of great importance that perhaps the nation may desire to find out about from the mouth of the Prime Minister, I find the fact over half a minute was dedicated to speaking about shoes laughable. Having said this however, May did have a fantastic response to one of the journalist’s question about if May regrets “the…constant…obsession” with her shoes. May added: “It is interesting that people focus on my shoes, I don’t think they focus on Phillip Hammond’s or Boris Johnson’s in quite the same way.” .

True indeed May’s statement is. After all, the description to the interview that has been put up on the youtube account of the breakfast show for May’s interview says: “Theresa May talks about her well known love of colourful shoes, and the Great British Bake Off”. This is an unsurprising contrast to that of the description to an interview with Britain’s Chancellor of the Exchequer Philip Hammond by the same breakfast show: “Chancellor Phillip Hammond talks about Britain’s new economic plan post-Brexit”. The juxtaposition between the two descriptions truly exploits that sexism in British politics is still inherent.

In essence, although perhaps the hosts of the breakfast show may have meant well to ask personal questions about May’s shoes and the Great British Bake Off,  it is these types of interviews, our effortless engagement with only the physical appearances of female rather than male politicians that perpetuates the everlasting scrutiny of the female form and appearance. This is enhanced by the lack of these types of questions aimed at male politicians. Of course May shrugged off the journalists with her response “…It gives me an excuse to go and buy more shoes” for over half a minute of two and a half minutes of air time when Philip Hammond, for example, has over four minutes to address the important economic plan post-Brexit. We are to undoubtedly witness another interview with Theresa May with the dominant topic of kitten heels and the overall flamboyance of her shoe choices – lets just hope for the sake of the UK that now we have a female Prime Minister that every once in a while we will get to hear about things of importance.

In this article:Britain, Europe, feminism, GMB, politics, Sexism in Politics, theresa may, uk
Up Next: