One of the most best feelings is finding an artist with a unique sound and message that dares to go against the musical grain. I was looking for a way to share that feeling of euphoria with every music lover, so  I came up with “The Woke Underground”. The Woke Underground is a way to put people on to  musicians that are doing their own thing while spreading messages that people need to hear.

Being from H-town, my first artist had to be from there. Houston has such a vibrant music scene with interesting people and a plethora of mixtapes spanning various genres of music, and I didn’t have to look to far to find some interesting characters.

The first artist, BigBodyNaji, in my opinion, completes the Holy-Houston-Trinity. We have Beyonce, Travis Scott, and finally, BigBodyNaji. He embodies the spirit of millennials. He’s loud, he’s in tune with societal issues, and he’s unapologetically himself. He’s kind of like the male version of rapper Cupcakke: you either love him or hate that you love him!

Alessio Naji adopted the moniker BigBodyNaji as a way for him to embrace his plus sized frame. He even started the big body movement with fellow Houston rapper T-boog in order for other plus sized people to learn to love themselves as much as Alessio loves himself. In my interview, Alessio, aka BigBodyNaji, said, ” [F]at people are glorious. I mean, off the top of my head I can name Biggie, Buddha, Madea, Andy Milonakis, and Pre-Jail Gucci mane. You will never meet a mean fat m*****f*****, we’re just good people.”  Alessio has recognized the lack of representation for plus sized people, especially males, in the fashion and entertainment industry, and he’s working towards changing that through his music as well as his plus sized fashion line that caters to size XL and up.

As you talk to BigBodyNaji, you instantly warm up to his funny guy demeanor. His booming, and slightly scary, laugh is absolutely contagious. As you scroll through his twitter feed, you’re bound to be shocked by his crazy antics from flirting with a random cashier at KFC, to his adventures as a plus sized individual in Italy.

My personal favorite video of his was when he, iconically, crashed a Trump convention.

Stay out of Houston @realDonaldTrump this for my people #trump2016https://t.co/MHTZQg3VzA

When I asked him what possessed him to waste gas and drive to that clown fest he replied “I got listen to these mother f****** on CNN get mad at Beyoncé for saying p**** in her lyrics but the big a** orange crayon says it ,and it’s just locker room talk. It was time I made some white racist faces change color and boil red.”  He continued with “[P]eople got mad at me…but the thing is these people don’t listen to the issues.  I could have an argument with a Trump supporter for 7 days and have Jesus, Mary and Joseph agreeing with me, and they’ll still say ‘it’s just locker room talk tho’, so if I can’t beat them with facts, I’ll just piss em off instead.” Alessio is a Psychology major at the University of Houston, and he’s way smarter than his twitter feed lets on. He’s almost like a self appointed ambassador for people with common sense, empathy, and the ability to process the fact that the issues that plague this world are very complex.  If Trump becomes president, BigBodyNaji promised “By the time he wins I’ll be famous, and I’ll start presidential beef with him. I’ll get on national tv and just roast this man. I’m going to make him cry.” Let’s be honest, we can’t wait to grab some popcorn and see our favorite rapper body Trump on national T.V.

Despite the fact that society demeans people that are passed what society loves to call an  “acceptable” size, BigBodyNaji has self confidence in spades which he credits with the fact that “I used to be a shy kid, but then I started doing fool s*** in public, forcing myself to be wild and found out it’s fun as cheese…..that’s why I think I’ve gotten this far, gotta do what no one expects you to do.”

Not only is he a role model for big beautiful bodied individuals, he’s a rapper that appreciates black people. Unlike Lil Wayne, even though he’s black and his fanbase mostly comprises of Black individuals, BigBodyNaji believes in the fact that EVERY SINGLE Black Life Matters too, and he isn’t afraid to be a white ally for the Black community. BigBodyNaji stated, “Black people have been mistreated in America since July 4th 1776. If the flag symbolizes something different to a black male or female they’re right to protest shouldn’t be questioned. My step father is black and was born in the 1950s, so he still carries memories of blacks being sprayed with hoses in the streets. If you can still remember s*** like that, you gotta let the black man at least peacefully protest fam. And those who don’t support it really baffle my brain, but f*** em’ we ball.”

If you thought he couldn’t get any better, he’s a self proclaimed feminist! “I’m a big time feminist. I love women inside and out (and in between if u dig what I’m sayin) Yeah I say b****** and hoes a lot but aye man it’s hip hop. I don’t know who started this “I don’t love these hoes” nonsense.”  He also cited Hillary Clinton as his #WCW and dyed his beard pink for breast cancer awareness month. * Insert heart eye emojis*

How many rappers are willing to use their platform to take a bold stand, speak on societal issues, and be an ally of marginalized groups? Nowadays, Hip Hop mostly promotes this tough guy, machisimo culture that is damaging for people that are listening to these songs and are made to feel weak or invalidated because they have feelings or views that don’t necessarily involve f******* b******, getting money, and hiding from the feds. BigbodyNaji smashes the hip-hop stereotype by delivering messages that people need to hear in a comedic manner that is palatable for the masses.

The thing I love the most about BigBodyNaji is that he doesn’t spend his life trying to exist within the compartments that society forces us into. He’s himself and doesn’t care what people think, which has caused him, like any great rapper, to acquire haters leading to some iconic twitter feuds with the likes of Khloe Kardashian and O.T. Genesis. He even wrote a song “Smokin with the Kurdashians” which just shows the amount of kumbaya juice he’s been drinking. If you can write a song that’s not a diss track about the family you had twitter beef with, I think there’s a Nobel Peace Prize award with your name on it.

BigBodyNaji isn’t just a novelty act with crass, clever lyrics such as the one below.

His message of self love at any size, cultural unity, and unapologetically accepting yourself is something that we can all get behind. He’s a rapper with a message that will always bring a smile to your face and boost your confidence no matter what life throws at you. Just remember: “[I]t’s better to live like BigBody for a day than a regular m***** f***** for an eternity. You gotta at least try man, or else one day you’ll be 40 leaving your desk job wondering what could’ve been.” He’s a modern day philosopher with catchy beats, and when he becomes famous, just remember that you heard about him first here!

In Conversation With Elizabeth “CupcakKe” Harris 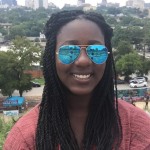 Moyo Ajepe is a slightly salty black woman and engineer in training. She enjoys obsessively refreshing twitter, watching soccer, haute couture, and binge watching documentaries. She one day hopes to have her own talk show, run socially conscious businesses, and become BFFs with Rihanna. Do you want her to write for you? Contact her @ m.ajepe17@gmail.com or slide into her DM @movaughan97 on twitter