What Does It Take to Care?

Rallies held by Hillary Clinton and Donald Trump, Democratic and Republican nominees for President respectively (Politifact and The Heralding)

At this point in our election cycle, which is extraordinary in almost every regard, it seems as though nothing could possibly surprise anyone anymore. Yesterday, I would have told you I was of the same opinion. I was as sick of Hillary’s emails, charity, and calculated nature, and as disgusted by Trump’s words regarding women, Muslims, and Mexicans as anyone else. But to me, albeit with my admittedly partisan nature, it was too easy to talk about the issues of this election as if they were on a different planet altogether. As a relatively privileged cisgendered male with a religion that may be completely misrepresented, but isn’t hated outright, being outraged about the comments against “others” was normal, but still not personal enough for me to understand how our current political situation affects me. I live in a suburban town in Pennsylvania, in a district that is widely considered to go in favor of Clinton, although there are a significant number of Trump supporters. It, like many places in the Northeast, is fairly sheltered from the historically Red States of the South.

But Pennsylvania, although leaning Democratic, is still a swing state, and I found out just how true that was yesterday. A Trump rally was organized by one of his ardent supporters in my area, which by itself causes me no worries. An expression of political voice, regardless of my personal opinion of it, should be, at least accepted if not encouraged. One of my friends, undoubtedly one of the nicest girls you could meet, happened to be driving by the intersection on which this Trump rally was organized. She also happens to be a devout Muslim who wears a hijab on a regular basis. In an appalling turn of events, these supporters began chanting horrific insults such as, “You look like a terrorist, take off your veil.” They asked my friend’s brother, who is only eight and has lived in America for his entire life, whether he had a bomb hidden in the car. They welcomed my friend’s family to America not as the respectable and honest people that they are, but as terrorists. In an incredibly racist election, this moment stands out to me.

This scares me far more than anything the media has said yet because it’s undoubtedly real and it has a very real effect on my life. Is this what it will take for America to right its wrongs? Must a friend or family member be subject to such hatred before we’re able to realize what is actually going on in our country? Must every person experience the atrocity that my friend had to suffer through before we understand that everyone deserves respect?

So, I say to the Trump supporters, I know you despise Clinton and think our country isn’t going in the right direction, and I can understand that. But can you really support a person who would turn on you if it would allow him to pick up a few more votes? Is this how you want to make America great? I know you might say that these are the actions of Trump’s supporters, and don’t represent him or his policies, but don’t you think there must be some correlation between such people and the candidate they overwhelmingly support?

The same people who once denigrated President Obama for using a teleprompter found it noteworthy when Trump did the same. The people who stood for the sanctity of family values found it perfectly acceptable to support a candidate who has had three wives and multiple verbal (and possibly physical) advances on unmarried women. It is not my place to determine whether teleprompter use or numerous wives are actions that deserve derision. However, the apparent, and frankly obvious, contradiction between what to support and who to support is something I find completely hypocritical, but of far more concern to me are the people who stand for the principles of the Constitution, but forget the freedom of religion whenever it is convenient to them.

For those of you who are completely exhausted of this year’s election, can’t stand to hear another scandal regarding either of the candidates, and loathe both candidates so much that you will choose not to vote, I implore you to take this as your reason to do so. Imagine your family member or your friend in this scenario. Imagine yourself in this scenario. People fought for our right to vote precisely for times like this. On November eighth, I hope you show everyone that you care about your fellow Americans and let the world know that we are truly stronger together.

In this article:Election, Hillary, politics, trump
Up Next:

She Doesn’t Deserve Your Vote, But She Deserves Your Respect 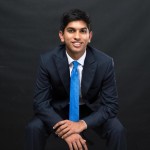