What Happens When Anti-Choice Women Make the Choice

The personal decision of abortion is something that flourishes in the nightmares of women. No one could ever imagine having to endure the catastrophe that is abortion- but as circumstances may have it, some have to go through with the horror. That includes women who are anti-choice. Some of the same women that protest outside of Planned Parenthood, holding up signs that say “Pro-Life,” are also the women that have had two or even three abortions.

So what happens when said women go through the very same thing she is strongly against? In 2000, Joyce Arthur, a known abortion supporter, conducted anecdotes from abortion doctors across North America, Europe, and Australia. The responses are astounding, and borderline paradoxical. Here are some quotes from the doctor’s responses about their experience:

“Just last week announced loudly enough for all to hear in the recovery room, that she thought abortion should be illegal. Amazingly, this was her second within the last few months, having gotten pregnant again within a month of her first abortion.” (Clinic Administrator, Alberta)

“The sister of a Dutch bishop in Limburg once visited the abortion clinic in Beek where I used to work in the seventies. After entering the full waiting room she said to me, ‘My dear Lord, what are all these young girls doing here?’ ‘Same as you,’ I replied. ‘Dirty little Dames,’ she said.” (Physician, Netherlands)

Few studies have been made about this incredible phenomenon, one of them stated in the findings of Joyce Arthur. In 1981 it was found that 24% of women who have had an abortion consider it morally wrong. And according to a 2016 study by Life News, 33% of pro-choice Americans agree that abortion is morally wrong.

Among those numbers, 1/3 of  women that believe it is morally wrong to have an abortion, yet 21% of all U.S. pregnancies end in abortion.  On top of it all, in 2011, there were 1.06 abortions in the U.S. The question becomes whether or not pro-life women are justifying their counter-actions with religious beliefs, or general morality; a morality that is bubbling inside all of us. Given that even pro-choice women question the ethics of abortion, does pro-life and pro-choice even stand relevant anymore? What distinguishes the difference between the two if the moral values run the same?

Women, no matter their beliefs, make the choice. In fact, 1 in 3 women will get an abortion in their lifetime. It is not fair to throw pro-choice women into one group, when both pro-life and pro-choice women get abortions. If Americans would rid the labels of pro-choice and pro-life, we would be able to achieve mass liberation from a conflict that sends women who have had, or will have abortions into hiding. No woman would live in fear of judgement or prosecution because of a personal difficult choice of her own will. We would be able to establish support for women who have to make the ultimate choice, without hesitation.

For abortion support and chat groups visit, make sure to visit Planned Parenthood.

In this article:#prochoice, #prolife, abortion, feminism
Up Next:

We Need To Change The Conversation On Male Birth Control 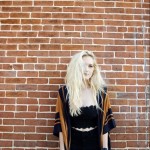 I'm a freshman at Webster University in St. Louis, MO, studying journalism. Bored and raised in the same spot. I have a deep emotional pallet for woman's rights and vegetarianism. #havetheguts