I am a white girl from a middle class, suburban family, and—as I am still in the closet with an indefinite halt on my coming out—I am assumed to be straight. These privileges make me exactly the kind of person who does not have much to fear in regard to the results of this election, however, I cannot recall a time in my life where I have been more afraid, or more ashamed. Donald Trump is about to become the President of the United States of America and the leader of the free world, and I am mortified that the white working and middle class enabled this result.

I spent Tuesday night in tears, terrified of a Trump victory. Now that he’s won, I realize that, when compared to that of America’s minorities, my fears are insignificant. Realizing that I am unable to comprehend the petrifying fear harbored by many of my fellow Americans following this election is terrifying. If I, a privileged white girl, am afraid of what Donald Trump can and will do, I cannot even begin to imagine how minorities feel. Trump’s presidency will not threaten my safety as a middle class white girl, but it will threaten the safety and the lives of my POC, LGBTQ+, and Muslim brothers and sisters.

I cannot even begin to convey how embarrassed I am and how ashamed I am that this is what it has come to. It’s hard to stomach the knowledge that members of my family (adults that I have grown up admiring and respecting) casted the votes that enabled Donald Trump to win the Presidential Election. It’s no secret that our country has been founded on discrimination and fueled on hatred, but this election has truly brought out the worst in people. Monday night, I did not think there was even the slimmest chance Trump would be elected, but when I woke up Wednesday morning, he was the President Elect of the United States of America.

Come Wednesday morning, I was asking myself the exact same question as you: how could people have voted for him? He’s sexist, he’s racist, he’s homophobic, he’s Islamophobic, he’s an alleged rapist and he’s proudly admitted to committing sexual assault. I don’t understand how, but some people are okay with that. Unfortunately, some people saw emails as a bigger threat to our country than bigotry, discrimination, and a history of sexual predation.

As a woman, I am unable to understand how another woman could vote for a man who openly admitted to sexual assault and dismissed the comment as child’s play, never mind the fact that he was sixty years old when the comment was made. And I am offended beyond belief that there are men in this country that are okay with their candidate talking about women the way Trump does—enough of them to elect this candidate to become President. I’m insulted that the people I know and love could do this to me, and to you.

The possibility of four—or eight—years with a President Trump makes me sick to my stomach. I am afraid that Trump will not just halt any social progression we are making, but even go as far as regressing it back to what it was before President Obama. Donald Trump and Mike Pence are both men spurred by hatred and their big egos. Though Trump claims he wants to be a President for all of citizens, he is not willing to accept us the way that we are or help us when we need it most.

Trump’s victory is more than our—women and minorities—defeat. This is disappointment in the most primitive way, total and complete devastation. In the past eight years alone we have moved mountains we never thought possible, at least from a social standpoint. We’ve achieved universal healthcare, marriage equality, and many more invaluable freedoms that, eight years ago, we wouldn’t have dreamed of. Right now, every single woman, Muslim, POC, and member of the LGBTQ+ community holds the same fear—not even that we will come to a standstill on our social progress, but that these long awaited rights we have finally been granted will be ripped away from us just as quickly as we got them.

I am the outspoken liberal voice in both my family and my social circle, and in the past twenty-four hours, I cannot count how many times I have been intentionally provoked concerning Hillary’s loss and told that now I must respect Donald Trump. I am infuriated at this, as I cannot and will never respect Donald Trump, and I genuinely don’t understand how anyone could. A sexist, racist, ignorant, hateful rapist has been chosen to be the next leader of the free world, and I will not let you think for even a second that I am okay with that, and America should not be okay with it, either.

America lost this election because 59,690,923 people voted with their hatred. They voted against women, against the LGBTQ+ community, against the Muslim community, against the safety of POC. Donald Trump has truly brought out the worst in people, and for the next four years, America will suffer the consequences of these 59,690,923 people who allowed their hatred to dictate their vote. I am deeply ashamed to belong to the group of people who handed Trump this election, who decided that they don’t care about minorities. America has never been a country to be proud of, but I have never been so ashamed to be an American.

In this article:america, Donald Trump, Election, politics, president, RACE
Up Next:

As A Queer Teen in America, I Am Afraid Of A Trump Presidency

An Apology To Those Suffering 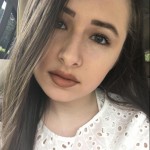