Here's What You Need to Know About China's Animal Testing Laws

Well, for starters, Chinese law states that foreign cosmetics need to be tested in government approved labs. While it may not be the foreign company’s own policy to test its products on animals, in order to sell in China, the company must pay for animal testing to be conducted on their products in Chinese government-approved facilities.

If a cosmetic company’s official stance on animal testing is that their products are only tested on animals when required by law, remember that that company is still supporting animal testing by paying for it through a third-party testing lab, even if they are only doing so because of a law.

It’s worth noting, at least, that prior to June 30, 2014, cosmetics manufactured in China were also subject to mandatory animal testing laws. Following June 30, 2014, only foreign imported cosmetics and “special use” domestic products (such as hair dyes, deodorants, and sunscreens) require animal testing prior to being sold. That being said, there is no active ban in China on testing cosmetics on animals, meaning that any domestic cosmetic company that wishes to continue animal testing may do so.

So can a cosmetic company sell in China and still maintain a cruelty-free stance? Yes and no. While China does require animal testing on foreign cosmetics, the law only applies to Mainland China, meaning that foreign cosmetics can be sold in Hong Kong without undergoing animal testing. Some cruelty free brands (Lush, for example) sell in Hong Kong but nowhere else in China.

There are other ways for cosmetic companies to sell in China without having to participate in animal testing as well. As long as a product is purchased online and sent directly to the consumer in Mainland China, no animal testing is required to take place because it is strictly e-commerce. That could change in May 2017, as the Chinese Food and Drug Administration could introduce new regulations that affect cosmetics purchased online.

Companies like MAC, who market in Mainland China, still attempt to maintain a very anti-animal testing stance. On MAC’s website, the company states that they are partnered with the Institute for In Vitro Sciences, which develops and implements cruelty-free alternatives to animal testing in countries that have not yet accepted them. MAC also makes it clear that the company itself does not own any animal testing facilities in the world, but, yes, they do pay for them where required by law (such as in China).

The company also defends its decision to continue to sell in China by saying, “MAC is an inclusive brand and we are committed to selling our products to our fans globally. We believe in changing the system from within.”

So even cosmetic companies, like MAC, that take a stand against animal testing continue to participate in it where they have to. If you only support brands that are cruelty-free, it’s your call as to whether or not you can support otherwise cruelty-free brands that sell in China.

In this article:Animal Testing, China, Cosmetics, global, MAC, Make Up
Up Next:

The Truth About What’s in Your Shampoo 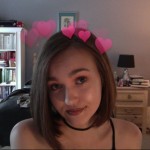