Here's The Breakdown On Mass Incarceration — Everything You Need To Know

Over 40 years ago, Richard Nixon declared the War on Drugs, forever changing the way in which our criminal justice system and law enforcement viewed drug crimes. The War on Drugs is the reason why America holds 25% of the world’s incarcerated population, yet only makes up 5% of the world’s total population. In 1972, despite the Vietnam War raging on the other side of the world, President Nixon stated that drug abuse was America’s number one public enemy. Nixon used the so-called “drug problem” to target Black and Latinx communities. Picking up on Nixon’s rhetoric, state governments put policy into place that targeted low level drugs like marijuana. John Ehrlichman, one of Nixon’s top advisors, stated in a 1994 interview, released in April 2016, that the purpose of the War on Drugs was to isolate black people, anti-war protestors, and people in the civil rights movements of the 60’s and 70’s from society so that they would not have power to vote or to influence others in society. To crack down on these low level drugs, people of color were more heavily policed. Because law enforcement officials and American society stereotyped black people as criminals, more of this population wound up in the prison system leading to the problem of mass incarceration that we see today.

These oppressive systems, that were created by white politicians who feared losing power, still flourish today. The War on Drugs was a destructive tool that has lead to an incredibly troublesome human rights issue in our society.

Nixon’s declaration of war influenced local policing tactics and carried on through the following presidencies of Ronald Reagan and Bill Clinton. Reagan established mandatory minimum sentencing and turned Nixon’s rhetorical war into a real war with real consequences. Through the “Just Say No” campaign headed by Nancy Reagan and the Drug Abuse Resistance Education (D.A.R.E) program, children across the country were taught that drug abuse was scary and violent. By instilling fear, it became easier for the government to justify the incarceration of 757,409 people in prisons and jails in 1985. And so, as the image of black men as drug dealers and as criminals continued to grow, the fear amongst the American public did as well.

Despite the huge influence Nixon had on law enforcement, President Clinton created the prison industrial complex that we now have today. By signing the 1994 Crime Bill, President Clinton invested billions of dollars into prisons and placed 100,000 new police officers on the streets. Prison became a place to hold as many bodies as possible. The focus was not on rehabilitation but rather on getting “super predators” off of the streets and out of “wholesome” American neighborhoods. The same aggressive stereotypes of young African American men that were implied through the actions of law enforcement and the ethnic composition of prisons were perpetuated throughout politics and throughout the media.

During the campaign for president in 1988,  the Democratic nominee Governor Michael Dukakis supported legislation that allowed prisoners to get weekend passes while serving their time; this was a right that Reagan, on the federal level, and many state legislators had taken away during the War on Drugs. The Republican nominee President George H.W. Bush ran an ad campaign depicting an African American man, Willie Horton, who was arrested for a stabbing and rape while he was on furlough. The message behind the advertisement was that Governor Dukakis had allowed this dangerous, violent criminal to be released into society to commit a heinous crime. The ad, which features Willie Horton with his afro and beard, directly played into white society’s fear of black men. As Jelani Cobb said in the documentary 13th, “It went to a kind of primitive fear, a primitive American fear, because Willie Horton was metaphorically the black male rapist that had been a staple of the white imagination since the time just after slavery.”

This fear that Cobb speaks about stems from a backlash towards black power. It dates back to the Jim Crow era, which was a backlash to the days of Reconstruction, a time when African Americans had voting and economic power. This fear appears again during the War on Drugs in response to the progress of the Civil Rights Movement. And today, the fear of black power has resurfaced in our response to our first African American president, police brutality, and violence against black men. It is because of this fear that we incarcerate at a higher rate than any other country on Earth. We use our prison system as a tool to oppress people of color, not to rehabilitate them.

To understand how racism functions in American society today, it is crucial to understand the institutions that have been created since slavery to undermine and oppress people of color. It is time to rethink not only why we use prisons, but how we use them.

Several justice institutions are dedicated to this mission. The Vera Institute of Justice, a non-profit organization driven to change the criminal justice system to safeguard every citizen, has launched a new project called “Reimagining Prison.” It is designed to rethink how we can use prison as an educational and rehabilitative place so that those incarcerated are able to find good jobs after prison and are not thrown back into the never-ending cycle of the prison industrial complex. The NAACP has a campaign known as “Ban the Box,” which is dedicated to getting rid of the box on a job application that a former felon must check to say if they have ever been convicted of a crime. This box prohibits many formerly incarcerated people from getting employment and prevents them from succeeding in society. This leads many former felons to land back in the system.

It is crucial that we view mass incarceration as a massive public health and human rights problem that is still growing. In order to to dismantle institutions specifically designed to oppress people of color in our society, we must begin by understanding why mass incarceration exists.

Why “Lemonade” Was The Most Important Album of 2016

Police Brutality: Why Don’t We Learn From the Past? 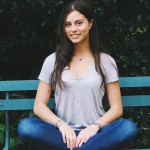