Your favorite intersectional feminist might very likely be profiting off of the same oppression they claim to abhor.

“SLAY QUEEN, SLAY!”, we comment on our icon’s posts, with them rocking a new outfit from a fashion label they adore, maybe posting a cute selfie with their new favorite food, or even creating a body-posi post. This love, and supporting this new era of the flooding of media with diverse feminist voices is vitally important for representation and visibility, it is imperative that we look into the context of what our admired celebrities broadcast, and in turn, normalize.

The utilization of sweatshop labor and worker exploitation has become a common component of the 1st-world fast fashion and food production business model. This model thrives on kyriarchal oppression, as exploited workers entangled within it are forced to endure dehumanization on the grounds of racism, sexism, ableism, ageism, classism, homophobia, and transphobia.

The prevalence of classism is transparent, for the victims are often paid less than the amount necessary to survive off of. An example of this can be seen in  Disney and Hasbro’s sweatshop in the Zhenyang toy factory, in which workers were given a wage of 2 dollars an hour for working 12 hour shifts  and suffered through toxic chemical fumes of the toys’ paints  with barely any ventilation, nor were provided with adequate protection.

87.7% of Fortune 500 corporate boards, the companies commonly known to religiously dabble in exploitation, are white, juxtaposes the reality that the employees of sweatshops are all people of color. Because these companies, whose practices often cost people their livelihood, gain annual revenue in the millions, but do not care to utilize their profits to improve working conditions, many have rightfully vocalized their beliefs of the existence of institutionalized racism within this system.

Ableism runs rampant within sweatshops labor, for those with disabilities are rarely afforded work opportunities in third world countries. Resulting of immense poverty, due to low-wage sweatshops birthing low economic circulation of funds, there is an inadequate amount of funding for the organizations that provide education and support for those with disabilities and their families; in turn, they are often alienated from society and thrown in institutions.  Mental health support is non-existent from corporations, as according to the novel, Invisible Hands: Voices of a Global Economy, because of the obsession with expensive genetically modified seeds to grow cotton faster and in greater amounts to be exported, farmers in India have become immensely impoverised, and  “suicides of severly indebted farmers regularly make headlines.”

Ageism functions in both directions of oppression against the old and the young. Sweatshops have been known to have age limits in employment, assumed to be for the purpose to always have a fresh cycle of bodies to function off of; the elder society are then left with barely any economical support to aid mental and physical ailments when they may occur.  Some factories go as far with their obsession for young bodies as to employ children, similar to Victoria’s Secret’s, a renowned sweatshop labor enthusiast, use of child labor for cotton farming  under their “fair trade” campaign.

Worker exploitation viciously impacts women (85-90% of worker’s in sweatshops are female ). This can be observed in H&M sweatshops of Cambodia and India, where one can face unemployment if they become pregnant, resulting in nine months without pay in a time where one’s body needs the most support. In a survey conducted within H&M’s Cambodia sweatshop employees, 9 out of 12 female workers reported facing sexual harassment.

LGBTQ+ face discrimination within sweatshop labor as well. This can be observed in India, a country that heavily faces the effects of worker exploitation,  LGBT “acts” are illegal; in turn, homophobia and transphobia undoubtedly trickles down into employment opportunities. In America alone, it is twice as difficult for transgender/non-binary individuals to find employment, and within a survey conducted by The Washington Post, 90% of participants reported facing various forms of discrimination on the job.  If the planet’s  “land of the free” still harbors discrimination, one can only imagine the oppression LGBTQ+ face world wide, as in 78 countries, having an LGBTQ+ identity is illegal.

While often times the situation of exploitation occurs within the company’s and country’s government’s knowledge— as corporations choose to take advantage of a countries low cost labor set up by a government’s desire to attain investment to develop their country further–, it’s hard to know for sure if a company’s outsourced factory ensures the workers’ safety if it not reported to the public. As according to the Oral History Collection Novel Invisible Hands, Voices from The Global Economy compiled and edited by Corinne Goria,  factories commonly supply to multiple corporations and in turn, become middle men to business operations and the reality that often entails “that the details of workers’ rights and safety are enforced only to local standards” or none at all, ensues. Therefore, when the dialogue of “Well, how do we really know if the label this person is wearing is made from exploited workers? There’s no news reports on it.” arises , it is important to remember that this information may not be available to the public, or even the company itself, until a tragedy occurs. It is better to be safe and support sustainable/ethical shopping that empowers those in third world countries, than unknowingly contribute to a structure of oppression.

When our favorite feminist icons flaunt a new outfit, makes a body positive post in cute lingerie, partners with a company on their own line and things of the like, it is our duty to question if the workers’ that made their clothes felt as good making their attire as the celebrity does wearing it. When one posts photos and creates media flaunts fast fashion garb, it normalizes the exploitation to seem as an unavoidable step towards the first-world consumer’s pleasure. One of the foundations of feminism is the fight against objectification; we must rally against the objectification of third-world workers that causes the erasure of their humanization, as they only seen as a pawn to further advance corporations greed. Our empowerment and movement should not be one that is based off both the metaphorical and physical bloodshed of others.

The criticism of our fellow feminists has become an action highly stigmatized within our movement, for commentary on another’s agenda is often met with accusatory responses of disloyalty to our overall cause. The real issue to address here is:  We say we adore our icons, do we really?

Admiration should not be a love born of hallucinated perfection and unwarranted idolization. It is disrespectful to our feminist icons to not hold them accountable, because if we do not, it means we don’t believe they carry the capability to be better.

Feminist celebrities have privilege in their platforms, and we must inspire them to utilize it for the betterment of our global society, and to lead the progression of our feminist movement into a new era of broader intersectionality.

So, still comment on their photos, for us feminists must still fervently support each other, but spread the word, and encourage them to promote sustainable shopping–such as thrifting and vintage shopping to reduce waste!– and ethical companies that strive to support those trying to survive in a system that seems inescapable. Our movement grows stronger through education, and we must come together through the beautiful entities of revolution and love to fight for all, not just the ‘first world’. 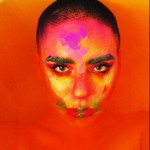