Is Dylann Roof's Death Penalty Sentence Really Justice for the Victims of His Massacre?

The subject of the death penalty is one where many are divided between whether it’s fair to kill someone with no attempt at redemption or whether it’s justice for the crimes the committed. As a result of this, many have speculated whether or not the death penalty (in this case) really is justice for the Black churchgoers, who were brutally murdered in a place of worship, and their families.

The death penalty is reserved for the most heinous crimes and most evil acts of violence, so  Dylann Roof (by U.S. Law) does indeed deserve the death penalty and all it entails. He does deserve it, he does deserve to suffer in that cramped jail cell awaiting his execution, he does indeed deserve to die just like the victims he killed, but “should it happen?” is the question at hand.

To begin with, his execution immediately ends any sort of hardship or distress he has faced and offers him an easy way out; he doesn’t have to be abused or ridiculed in prison, he will no longer face the public again, and he will never have to speak to the families of the victims. However, the families of the victims will forever have to live in despondency at the fact their brother, sister, mother, father or grandparent died an inhuman death and the man who killed them received a painless execution. That isn’t justice.

Furthermore, the non-existent pain he faced will subside and be replaced with a sense of achievement as a martyr. Dylann Roof is a white supremacist who believe what he did wasn’t wrong, he even stated, “I have not shed a tear for the innocent people I killed,” therefore giving him the death penalty is like giving a crying child chocolate — it’s a reward. The jury is giving him exactly what he wants, which is dying for a cause he believes in and later being named a martyr by other racist white supremacists. Dylann Roof will die with no sense of remorse or guilt for his actions, only pride, and righteousness; in his eyes, his martyrdom will make him the most exceptional white supremacist there is. 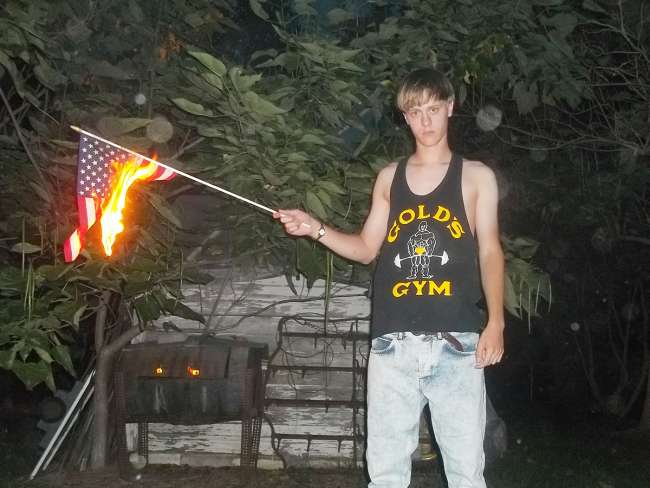 In conclusion, the world will probably still have Dylann Roof alive and well for another 6-10 years considering the previous death row inmates whether we like it or not, so I hope he suffers tremendously in those few years. Finally, we can all agree Dylann Roof is a horrible human and will go down in the history books as a disgusting, racist supremacist who murdered nine black churchgoers who welcomed him in with open arms. He will not be remembered positively in the eyes of most.

I Won’t Be Watching the Inauguration And Neither Should You

I'm 16 years old and live in London, but my family has roots of Libyan and Italian. Apart from writing articles, I enjoy basketball, ice skating, politics, and watching movies. If you want to contact me: rayanramadan@rocketmail.com.