What a Muslim Fears in America

Alyzae Karim, left, and Zaizab Suleman, hold a U.S. flag during a rally against terrorism at the Kennedy Memorial in downtown Dallas, Saturday, Oct. 20, 2001. The Dallas-Fort Worth Muslim community hosted the rally. (AP Photo/LM Otero)

Enough with the talk about Americans fearing Muslims. Ask us what we fear. Ask us why many of us are uneasy about the future of Muslims in America. Give the Muslims a voice. Yes, we are susceptible to fears too. Surprisingly, we are human despite the dehumanizing efforts of the media and other prominent (orange) people in America.

I’m a Muslim college student with four siblings, the youngest being in elementary school and the oldest also a college student. I call the Chicagoland area my home as I’ve lived there for about a decade. I come from a very religious family. My mother has worn her headscarf from a young age and I attended religious weekend/summer schools for almost the entirety of my life. Obviously I openly identify as a Muslim. What do I fear?

With the tension of the Trump administration and the rise of many groups using the name of my religion to justify their crimes, I know that there is a large scale reevaluation of Islam and Muslims among the governments and masses of the world. I understand that the image of Muslims is being tarnished by the media through terminologies used to describe murderous groups and terrorists. These factors have embedded a fear in my heart. I fear for the safety of my family.

I’ve heard conversations among my sisters, mother, and friends about the removal of the headscarf. I’ve been told countless times by my mother to shave my beard to “look less Muslim.”

Muslim scholars find themselves increasingly addressing the question, “Is it okay to lie about my faith if I feel unsafe?” We’ve all seen the many hate crimes against Muslim women and the vandalism on places of worship. The thought of my mother or sisters ever getting their scarves pulled or assaulted because of their faith makes me sick to my stomach.

As a college student quite a ways from Chicago, I always have anxiety buried within me knowing that if anything happens to my family I am too far to be at their side right away. I imagine my mom going out to buy groceries, shop, or visit friends and I can’t help but assume that the worst may be looming. I fear for my sister, soon to be a college student, and her experience wearing a headscarf in an environment where it may not be too common. Can you imagine perpetually fearing for the safety of your family? It eats me up inside.

I fear for the fidelity of the fundamental principles of this country.

Centuries ago, the founding fathers of America, such as Thomas Jefferson, were insisting that a “Mahometan,” the term used for a Muslim at the time, should be protected under the constitution and possess the same rights as any other individual citizen in America. It causes me pain to know that I am viewed as “less American” by so many people in this nation. Muslims have existed in America, albeit as slaves, before the nation declared itself free from the British crown. In fact, the most conservative numbers indicate that 30% of slaves in America were Muslims, with some estimates hovering around 50%. We want the best for this country and we want all of our fellow Americans by our side.

I fear that many Americans and American politicians, in their proud ignorance, will fall into the traps set by the terrorist groups this country has promulgated so widely through the media.

To demonize and fight Islam and Muslims is to support the goals of these groups, none of which I will mention by name so as not to taint my writing. They want a dichotomy. They want the everyday Muslim to be persecuted by the West so as to falsely appear as the good guys that are fighting for us. We denounce any terroristic actions carried out against anyone regardless of faith, gender, nationality, race, or political stance.

I am a Muslim American and I don’t care if you’re scared of me because I have my own fears to worry about. The difference between our fears? Mine can be solved by peace, acceptance, and toleration. Yours is solved by persecution and infringement upon our rights. Who, then, harbors the legitimate fear? As the Muslim greeting goes, upon you all be peace.

Advice for Teen Parents – An Interview With My Teen Mom

Why You Should Be Careful With Using the Term “Dreads” 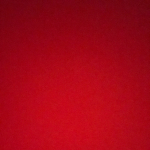 Wassim is a junior studying religion, neurochemistry, and economics. Originally an Egyptian national born in Dubai, Wassim has much to say about social justice for Muslim Americans and Arab Americans in light of the recent spike in hate crimes.