The new live-action Mulan film has been broiled in controversy over the cast and script, but it now seems that Disney is on the path to redemption. An insider reports that up and coming Canadian Independent Film Actress Eunice Kang is up for the coveted lead role. The information was sent to me via email by a reputable PR executive who asked to remain unnamed, after they had read my article Make Mulan Right Does Not Mean Make Mulan White and were eager to share this casing tip, with the hopes that Affinity would be the first media outlet to report it.

The surname “Kang” is of Korean origin and so I would assume she is too. Kang is skilled in martial arts (muay thai and taekwondo) and languages  (Korean, Mandarin and Japanese) and does bear a certain likeness to our fierce Mulan. As far as her acting chops go, according to her IMDB gallery, she was also featured in FOX’s Lucifer.

In all honesty, to me despite her not being strictly Chinese, she seems to have the necessary looks, skills and she isn’t Jennifer Lawrence. Taking a chance on this newcomer could be the greatest decision and the launching pad of a bright career.

This bit of news might just be the spark to reignite excitement for the film’s 2018 release . Now all we have to do is sit back, and wait for Disney to officially disclose the big casting choices, trailer and so much more. 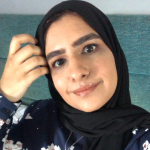