I wish I could honestly say there haven’t been days the responsibilities kept piling on with a terrifying amount of work to complete, but I ended up just watching Netflix until I fell asleep.

As time went on I realized more and more that I was turning to my favorite television shows and movies when things got rough. It never truly occurred to me that there was a psychological factor behind it.

It finally hit me one day during my AP English class, while everyone was handing in an in-class essay that they had been preparing for weeks, that I spent my study time binge-watching Scandal and House of Cards on Netflix. The reason why I was making such an idiotic choice that was impacting my studies and grades so negatively? Escapism.

When trying to understand myself and after multiple google searches, I had found a research paper by Bernd Henning and Peter Vorderer, that stated “Kubey notes that the research literature “has made it clear that television is an activity likely to be chosen by people wishing to escape from negative feelings and from the demands of reality.””

It finally all made sense in my head. I wanted so badly to escape from the pressures and stress that comes along with junior year of high school, and I did exactly that. By not focusing on my work, and spending all my time watching shows and movies, I didn’t stress one bit.

“In its core, escapism means that most people have, due to unsatisfying life circumstances, again and again, cause to ‘leave’ the reality in which they live in a cognitive and emotional way.”  It almost makes sense that television would be a perfect way to “leave the reality.” However, Often times people don’t recognize escapist behavior in themselves because they just see their avoidance of work as procrastination. It’s easy to confuse or mistake one for the other, but it makes a big difference on the implications it’s having on your life, and in how you eventually decide to address the situation.

Whether it be because of work, school, social activities, escaping seems to be becoming more of the norm. Despite it all, everyone needs to breaks from responsibilities and daily stress for the sake of their mental health. Don’t make the assumption that escapism is necessarily a bad habit.

Don’t make the assumption that escapism is necessarily a bad habit. Escapism does come in so many forms, such as sports. But, It also comes in forms such as overeating and drug addiction.

In conclusion, I feel as though what I learned needs to be common knowledge for our generation. When it becomes obsessive, constant, and just too often to be considered normal, it becomes time to take a look at yourself and really examine the situation you are putting yourself in.

In this article:mental health, Netflix
Up Next:

Why Do We Turn to Social Media Instead of Our Friends? 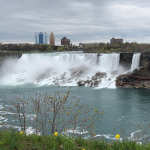 Sarah Leveque is a high school junior on Long Island, New York. She lives to write and is an avid reader. She is the current events editor of her school's newspaper, the Harbinger. Sarah is passionate about politics and social justice.