In today’s technology-driven culture, the impact of social media is huge. However, more and more of our favorite content creators are succumbing to releasing sponsored material and placing financial gains over the trust of their audience. We’re in need of a game changer. Meet Lexie Lombard, a Youtuber who’s using her platform to inform and advocate.

Tell us a little background info about yourself.

My name is Alexandra Lombard, but I go by Lexie. I’m twenty years-old. I was born and raised in northern Virginia, and I moved out to Los Angeles to pursue a career in Youtube and am now living in New York City.

Has your change in location affected your perspective?

One hundred percent. I’m so happy to have been raised in Virginia. I think that gave me a lot of childhood, a lot of innocence, and I’m so grateful for that. Los Angeles taught me some other things of it’s own. And New York I absolutely love so far. I’m obsessed with this city.

Do you plan on remaining in New York City?

Yes. At least for a good bit of time. I want to spend my twenties living in major cities. I want to go to Paris in the spring and that could potentially be my next move, but as for now, I’m perfectly content in New York City.

When you first started your Youtube channel, did you have a vision for the type content you wanted to produce?

Absolutely not. This is when Youtube wasn’t a career, at that point. I did it because my friends and I would make music videos on weekends together, and we were like, “Oh let’s post it on Youtube.” It became super casual. Then people starting commenting, “Lexie do a video on how you did your makeup.” “Lexie do a video on how you did your hair.” I suddenly was like, “Okay, sure.” I guess people want this. It got a couple thousand views, nothing crazy, but enough that it was more than just people from our school. I did that and it became a beauty channel. I became obsessed with makeup.

The older I got, the less I cared about makeup. I have this following, but no longer care about what I’m doing, what do I do now? I just slowly transitioned into talking about what was currently relevant to me and that’s what my channel is now.

Many of your videos are about seldom discussed topics, like thongs and birth control. What made you want to talk about these topics?

The lack of information I received on these topics growing up. I wanted to be that voice for people my age using the platform I have. I want to lead by example. If it’s normal for me to talk about it, it should be normal for you.

Do think there’s a lack of straightforward content about such topics?

Yes. For example, education on safe sex is so important. Unfortunately, not all fifty states teach contraceptive sex programs in public schools. I’m from Virginia, which teaches an abstinence-only promoted sex program. The overall message was “the only way to 100% prevent unwanted pregnancy or an STD is by remaining abstinent.” Yes, that is true. However, the reality of the situation is that people are going to have sex, so we need to tell them how to do it safely.

It’s embarrassing to sit in front of your camera and spend the next fifteen minutes talking about thongs or condoms, but just get over yourself. That’s what I tell myself. How many girls have accidentally gotten pregnant because they were too afraid to ask their parents for birth control? Having a child is a huge responsibility! Helping a girl find that confidence to ask is so much more important than my ego.

You did a video series on what high schoolers are actually wearing. What was the inspiration behind this?

It started as that and it’s just transformed into my my absolute favorite series on my Youtube channel. I love it. It’s so cute. It started off as asking the icebreaker questions, “What are you wearing?,” but it gives me a chance to talk to the youth. These high schoolers are going to be the next generation. They’re our future. Its interesting to talk to them.

This series gives real people a way to share their voice to hundreds of thousands of people. I know that some of the kids I interview have had their heads down, sleeping through class, you know? Just trying to get through the day. Then suddenly they see my camera, and they’re like, “I want to put on a show.” It’s so cute. I love that series. I’m really proud of it.

When the camera stops rolling, how do you practice activism in your daily life?

Everyone cares about things. Everyone should care about things. However, a lot of the things we care about on a daily basis are things that only pertain to us personally. I constantly focus on my own personal to-do list and forget that my actions have repercussions. I know I’m not the only one.

You know those talks you have with your friends at sleepovers — the ones where you discuss why everything seems wrong with the world? I started pursuing it. I started searching for “why” of my concerns and how I could help make change. Moreover, I felt that by having an audience, it was my responsibility.

You’re an genuine person, both online and in real life. Do you have any advice on how to be authentic?

Aw. I’m flattered you think that. My advice is to make your own moral compass and follow it. It’s simple to understand but not that simple to follow due to temptation. You might lose out on short term opportunities, but trust me, it’s worth it if you want a career with longevity.

I think of my audience as my little siblings or my child. I want to give them all the things I’ve learned in life and share with them in hopes that they can create a better world and change the media. That’s my overall goal — to change the media. I want to be the new media. The media that I was raised on was shit. I don’t want the next generation to have to feel that way.

Who were your main influences growing up?

The only one I can think of is my grandpa. He was such a badass. All my grandparents were, actually. They were just really bold people. I think that was inspiring, to just go out and do exactly what you want, with no regard to how people are going to respond to it. That’s important. My friend was telling my yesterday, “Lexie, there’s no surprises with you. You can tell me you did anything and I’d believe it.”

As for activism, my friends influence me. My friend Emma started The Messy Heads. Hailey Madison started a vintage clothing line called It’s Honey. I went to hang out with them one night and they were like, “Okay, we’re going to this rally tomorrow. Before them, I didn’t have a friend group that was involved in activism. Another night I came over and they said, “We’re doing a full moon ceremony where we’ll write down and discuss our intentions for the next 28 days.” I had never met a group of girls that was actually doing things rather than just talking. Great people.

Outside of Youtube, what are some ways that you express yourself?

The obvious one would be how I dress. I do a lot of writing and a lot of drawing. Also a lot of reading.

Any closing advice for our readers?

Just take action. If there’s something that bothers you, take action. Actually doing something is indescribably rewarding. It will make you feel great. I want to inspire anyone who has something that they don’t like to try and fix it. Find solutions to the problem that you’re seeing in your everyday life.

There’s one example coming to my mind that my boyfriend and I talk about all the time. There’s this Afghan restaurant that we go to all the time in Virginia. They don’t have plates and bowls. They don’t do any dishes. Everything is styrofoam. Styrofoam doesn’t really break down. So, we’re trying to find a way to get this Afghan restaurant to switch to biodegradable plates and bowls.

I repeat. Take action on the things that you care about. No matter how small it is.

In this article:activism, Interview, real life, WOMAN, YOUTH, youtube
Up Next:

What I Learned From Breaking the Rules at School

The Truth About The Child Beauty Pageant Industry 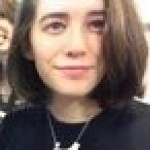