While browsing through social media nowadays, one is almost sure to encounter the typical pictures portraying a study set of some sort. Any ad or invite is decorated with hipster-looking coffee mugs next to a small laptop and some stacks of paper. This portrays the modern image of how our lives are supposed to be:

Filled with work and a cute little coffee mug at our side.

The question is, why and when did coffee become America’s muse and addiction? Now don’t get me wrong, I am a daily coffee drinker and lover but have always questioned the side effects of what’s in my cup. Coffee is America’s favorite ‘drug’ that has taken Americans by the hair and dragged us down to latte heaven. This simple mix of powders is a bit addicting and mood-altering, but it’s also one of the highlights of a pop-culture trend.

Coffee has been proved to be addicting. It’s so addicting that most people wake up and prepare coffee before even brushing their teeth. God forbid the youngster spends the morning without a caffeine dose. If they don’t, they almost instinctively claim to be tired and “not awake yet.” A connection is made between coffee and one’s performance, therefore making people rely on coffee for their day to start. “The intensity of what goes on behind the counter is simply not visible form the customer’s point of view. During the peak morning hours, we’d work through around 110 people every half hour with seven employees on the floor,” says former Starbucks worker Aimee Groth from the Business Insider. She talks about the morning peak hours as if she had experienced hell itself. This is due to the mass amounts of people that consider it a necessity to get coffee before work or school. Starbucks, one of the most popular coffee shops in America, sells about 4 million coffee drinks a day. Clearly, coffee drinks are not just a once in a while treat. Many of us rely on it.

Studies have proved that doses of 200-250 mg of caffeine can elevate mood and that these effects can last up to three hours. Higher doses of 600 mg can produce increases in people’s self-ratings of anxiety or tension. An average coffee cup is about 100 mg and let’s be honest. If you’re a hardcore coffee fan, you definitely have more than one. This means that after a few cups of coffee you’re probably already at a buzz at 1pm which is a crazy thought.

Coffee is usually a romanticized image of cold weather, big sweaters, and a book of some sort… or possibly in a quaint little coffee shop. This image has become one of the trendiest pop-culture aesthetics and has fueled coffee drinkers, neglecting boundaries. In Friends, the hit series about a group of pals in their early to mid twenties, the gang spends most of their time at a coffee shop on that big couch, with, you guessed it, coffee mugs! Their coffee habits empower the trendy idea of binge coffee drinking but the alarming discover is that this amount of coffee has actually been proven to be extremely unrealistic. Based on the data of an episode study, the amount of coffee consumed by your favorite characters would have been enough to kill 300 people. Lovely.

Social media sources can give a false image of coffee consumption that more than half the population follows blindly in their big sweaters and fancy couches. Coffee is a great beverage, but its powers are often underestimated. We need to be more aware of its potential effects on our mood. Coffee drinkers should ultimately just keep in mind that not everything that glitters is gold, and sometimes what brews, screws.

In this article:coffee, friends, hipster, starbucks, tumblr
Up Next:

A Fitness Diary: Loving Yourself In The Process 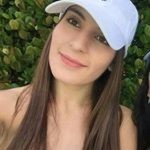 Just an aspiring writer in South Florida with a love for people, writing, REAL news, justice, and some yoga ?