Friends and How I Met Your Mother Desperately Need Reboots

“Growing up is realizing Rachel shouldn’t have gotten off the plane.”

For a long time, Friends was one of my favorite TV shows. I remember being 11 years old and watching it every single day after school, laughing at every joke because it was just so funny to me. Watching Friends, at 15 , with a lot more social awareness was pretty jarring. Why the hell was a show set in New York City during the 1990s filled to brim with white heterosexual people who could afford to do the things they did? Why, especially, early on there was so much “comedy” to be gained from Carol, Ross’s lesbian ex-wife, and going off of that, almost everything to do with Chandler and Phoebe’s sexualities? (I swear, every time the word gay or lesbian was mentioned, a laugh track would play) There was Monica’s entire fatphobic running gag and, of course, Ross and Rachel’s toxic and unhealthy relationship. This was the show that set the mold for sitcoms? Watching Friends with a more socially aware and self aware eye was a disappointment, but what was even worse was seeing the not so good influence Friends had on the many sitcoms of today.

I actually love the concept of Friends. Six different twenty-something people living in The City getting into impossibly hilarious situations – as per a sitcom – is something I’m always down for. The problem is this concept has become little more than a cookie cutter mold for modern sitcoms to fill, complete with fully white, cisgender, and heterosexual casts of characters. In other words, boring.

How I Met Your Mother, quite obviously the “Friends of the 2000s” is the worst offender of this. While it is different in a tonal aspect, the characters and romance, while differently arranged, is very much of the Friends mold. Just try and match up each character! How I Met Your Mother features a white, straight cast (except for a running gag about Lily), twenty somethings too much money for upstarts in New York City, and even the glorification of toxic relationships – both Ted/Robin and Barney/Robin.

It’s all the same here. Robin and Rachel are nothing but trophies for a Nice Guy in the end, Lily as well and Chandler and Phoebe’s same gender attraction is nothing more than a fake progressive running gag, and Ted and Ross are creeps who get everything they want in life.

Ever since these two shows dominated their respective decades, there have been baby steps in improving the lack of diversity and abundance of sexism in modern day sitcoms. See Happy Endings (featuring a gay man and black man as prominent leads, but does not feature any very prominent women of color, trans characters or romance in the way of the gay men) and New Girl (featuring a black male lead, an Indian female lead, and a mentally ill lead but does feature any prominent LGBT+ characters) Baby steps aren’t enough.

Give me something else. Give me Monica who stayed fat and is happy with herself. Give me a transwoman, openly bisexual Lily who’s married to a Chinese-Jewish Marshall. Give me out gay man Chandler, a Friends where Carol and Susan are treated with nothing but love and respect. A How I Met Your Mother where a black lesbian Robin and a mentally ill (and alive!) Tracy tell their kids the story of how they met and fell in love. Give me actual subversive writing and actual representation.

It’s been over twenty years since Friends first aired. I doubt New York City is still full of the same six straight white people after all this time.

In this article:friends, How I Met Your Mother, representation, Sitc, tv
Up Next:

Daria: The Show That Defined A Generation

Happy Birthday to the King of Reggae, Bob Marley 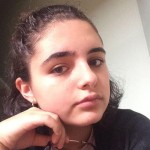