This morningg, Feb. 21, at least 74 bodies of drowned refugees and migrants have been found washed on the shore of Zawiys, Libya from a sinking boat.  The Red Crescent has recovered these bodies on the beach in Libya. Apparently, the boat departed from Sabrata this past Saturday with about 110 passengers on board, expecting to make its journey to Europe, and sank in the Mediterranean sea.

Typically, refugees will make their crossings in the summer when the weather is more safer for travel, but it isn’t uncommon for migrant crossings to occur this time in the year. Usually, migrant crossings occur in much larger boats than the dinghy that was used for this particular attempted crossing, but those larger boats aren’t commonly seen until the warmer weather starts up.

So far, there hasn’t been any official reports on how the boat sank or what caused it. However, a Zawiya coastguard reported that the boat’s engine was missing upon inspection post-sinking, and that there are speculations that there is a possibility that traffickers took the engine and just left the boat.

Since not all drownings are officially reported and since there were 110 passengers on the boat to being with, there may be a higher body count than reported. Some bodies could even still be lost at sea and have not yet washed ashore.

In light of this recent tragedy, hopefully those against migrating refugees can see how desperate they are to leave behind the struggles and horrors of their old life in search of a better one for themselves and their families, and why we all need to take action in order to help them. Even equipping the boats and providing better transportation for these refugees could be the difference between life and death as the migrant season begins to comes upon us.

In this article:boat sinking, international, libya, migrant crossing, migrants, refugees
Up Next:

Sultana, the Amazing Afghan Girl who Fights for Her Education

Sweden vs. Climate Change: What We Can Learn 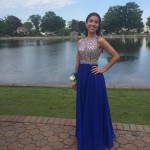 19-year-old student at Stony Brook University who is saving up to travel the world. Catch her listening to music, binge-watching TV, or going on a run in her free time.