SpaceX successfully completed a historic launch from complex 39A, which was famously used during the Apollo era. The Falcon 9 rocket launched the Dragon spacecraft to low-Earth orbit for a critical delivery to the International Space Station for NASA. This is the tenth Commercial Resupply Service mission by SpaceX (CRS-10).

SpaceX decided to stand down to take a closer look at the positioning of the second stage engine nozzle on their first targetted day of launch. Elon Musk, the Founder, CEO and CTO of SpaceX, called the launch off with 13 seconds remaining on the countdown to “make sure that it isn’t symptomatic of a more significant upstream root cause.” After the twenty-four hour postponement, the launch appeared to perform flawlessly.

The first stage of the Falcon 9 rocket returned to Earth without issue. SpaceX is striving to perfect the technique to save costs by reusing its rockets for future missions.

Falcon 9 first stage landing at LZ-1 as seen from a drone camera → https://t.co/cqy8rQYahQ

The Dragon carried over 5,000 pounds of cargo, supplies and payloads to the International Space Station. It’s expected to arrive early Wednesday morning.

Launchpad 39A hosts a fond memory of space enthusiasts. It was a mid-July morning in 1969 when the Saturn V carried three astronauts, Neil Armstrong, Michael Collins, and Buzz Aldrin, to the moon for the Apollo 11 mission. The iconic pad was also home to the space shuttle fifty-three times between 1981 and 2011.

SpaceX plans to use the launch site for the first missions to Mars. The privately funded aerospace manufacturer and space transport services company has 70+ manifests on the schedule and a goal of launching the world’s most powerful rocket in 2017.

Today SpaceX is actively developing the technologies to make space travel possible, with the ultimate goal of enabling human life on Mars. With an administration that dismisses science, the push towards understanding our planet and space exploration is more critical than ever.

You can watch the entire webcast of the launch on SpaceX’s website.

In this article:elon musk, mars, NASA, Science, Space, spacex, the dragon, the international space station
Up Next: 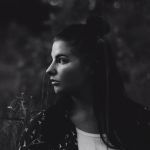 Jessica is a twenty-year-old writer and photographer from New Jersey. Her cat, Daisy, is her best friend. She has a sweet tooth for pop culture and loves road trips.