Despite being the birthplace of Kama Sutra and house to several ancient explicit sculptures, sex in India is a topic that is often brushed under the rug. It is hardly ever spoken of, apart from when it is in the form of crude sexual humor. In most cases, parents never give their children ‘the talk’. All that young people learn and know of sex  is off the internet, through friends who have covert access to resources or through poorly put forth school text-books in which ‘Reproduction in Animals’ is usually a five-page chapter composed completely of incomprehensible biological jargon. That is it.

Section 377 of the Indian Penal Code criminalizes sexual activities ‘against the law of nature’. This law was introduced in 1860,during the British Rule in India. Section 377 was decriminalized by The High Court of Delhi in 2009 with respect to sex between consenting adults but this decision was later (2013) overturned on appeal by The Supreme Court of India. The petitioners argued that if the High Court judgment was approved by the Supreme Court, “India’s social structure and institution of marriage will be detrimentally affected and it would cause young people to be tempted towards homosexual activities.” This law is a direct contradiction of India’s most important rights of equality and liberty.

However, in a positive turn of events, the Health Ministry of India has recently launched its latest Sex-ED resource kit,prepared in partnership with the United Nations Population Fund, aptly named Saathiya which translates to, a person you can trust, a friend or a beloved, in English. The Health Ministry,in a laudable effort, has made this kit available to 253 million adolescents in contemporary India in the form of an app that can be downloaded from the Google Play Store and through means of volunteer educators who will work in exchange for non-monetary reimbursement.

Unlike any  past initiatives regarding sex-ed, this resource kit has been designed to focus largely on topics that are deemed as taboo in majority of Indian families. Apart from resource material outlining menstruation, reproductive health, safe sex practices, teenage pregnancies and abortions, this revolutionary sex-ed kit normalizes same sex attraction, breaks down the archaic gender stereotypes that still haunt a good part of the Indian society and accentuates the importance of consent.

This project seeks to establish normalcy around the phenomenon of same sex relationships, assuring adolescents that feelings of love and attraction sometimes arise between members of the same sex and it is completely okay and normal to feel that way. For advocates and members of the LGBTQ+ community in India, this step of inclusion is a first in the road to many more victories.

In a country where same sex relationships are a criminal offense, the rebellion of the Health Ministry from within the government comes across as a pleasant surprise.

In an effort to deconstruct rigid gender stereotypes, the resource material reads in Hindi, “A boy can cry to give vent to his feelings. He can also be soft-spoken or shy. Being rude and insensitive is not a sign of masculinity. It is alright for boys to like things like cooking and designing that are normally associated with girls; adopting the role of the other gender does not mean that he is not male. The same applies for girls who talk too much or like to dress like boys or play games like boys.”

The thorough resource material also insists adolescents to understand the importance of consent and that ‘no’ means ‘no’ whatever the situation might be. It highlights how it is okay for adolescents to talk to each other about their feelings but always in a respectful manner. It emphasizes the significance of mutual consent, trust and transparency in relationships.

Curated thoughtfully and built around the idea of inclusion and acceptance, the Saathiya Sex-ed Resource Kit could be the friend adolescents in India need growing up.

Periods: Fears, Worries and When To See A Doctor 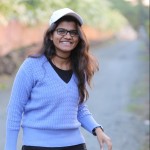