Not Everyone Who Voted for Trump Was a Bigot

Let’s admit it; Donald Trump is a racist. Period. Now, I know for some of you that walk around with your “Make America Great Again” hats, in all your glory, may disagree with me. These aren’t “alternative facts,” Trump’s remarks and blatant attack on the Khan family, the two Muslim parents whose son had been killed in war fighting for America was not only wrong but downright racist. After Khizr Khan spoke out against Donald Trump, Trump attacked back and made remarks about Ghazala Khan, mother and wife, not saying anything because she wasn’t “allowed to.” Ghazala Khan struck back, making it known that– no, it wasn’t because she wasn’t allowed to talk, it was because she was so grief-stricken that she couldn’t talk. The Justice Department has sued his company, not once, but twice, for not renting apartments in Staten Island, New York to black people (he has had an ongoing pattern of racial discrimination against blacks his whole career). Trump has never, not once, spoken out about the white supremacists who support him. There are many examples of Trump being racist, and you can read about it here.

Donald Trump’s not only a racist, but a homophobic, transphobic, misogynistic, Islamophobic, fascist, who only cares about himself and the top 1% of the country. So… why would anybody support someone with countless accounts of being so… bigoted? Ah, that’s right… because they are bigots themselves!

“I have never said the ‘N’ word in my life!” Okay… you can still be a racist. Even if you don’t say the N word. I can assure you, there are many, many things you can do or say (supporting Donald Trump) that is discriminatory.

“I believe in equality for all!” No… that’s just not true. Because if you believed in equality, you wouldn’t want American citizens forced out of their own home. You wouldn’t think all Mexicans were hardcore criminals. You wouldn’t think all black people were living off welfare. You would want gay marriage to stay forever and you would support it and recognize who people love is none of your business. You would want people to use whichever bathroom they affiliate with. You would know that ISIS and all these terrorist groups have no correlation with Islam. You would never, ever think that sexual assault and grabbing a woman by the “pussy” is okay, by any means. You would want women to have safe access to the amenities they need (and deserve). You would never want to put a woman’s health in danger. Let’s get one thing clear: you want equality for white, Christian, straight men (which is something they have had since America’s inception).

Notice how all these people who support Trump and swear they are “not bigots” will jump to Trump’s defense every time he says something offensive or openly racist, homophobic, transphobic, Islamophobic or misogynistic. If you defend a man who is this way, that only means one thing… you’re the same way. You’re a blatant racist, homophobic, Islamophobic, misogynist, bigot (not to mention greedy). If you support a bigot, that makes you one too.

In this article:alternative facts, Bigotry, Donald Trump, racism
Up Next:

The Cure to Trumpism and Fascism 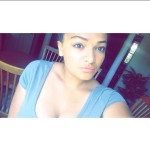 Morgan is a teenage social activist from Maryland. She is passionate about the Black Lives Matter movement, abolishing Islamophobia, foreign policy, and the political revolution. Follow her on twitter @m_rowlandd for more.