Last May, a football miracle occurred: Leicester City were crowned champions of the Premier League, touching football fans everywhere. It gave people hope that despite the chaos of the modern world, football would always remain the same, would always be a sport that united people. If Leicester could do it, so could everyone. This is the lesson, the reason the whole country feels inspired by the coronation of Claudio Ranieri’s team. Leicester winning the league is the universal triumph, uniting every level of the game and restoring elements in sport beyond new money.  LCFC began the season with 5000/1 odds of winning the Premier League and victory from a unlikely source stopped the whole nation in its tracks. However, the Leicester City fairytale has turned sour. As of right now, Leicester City are 17/20 in the Premier League and facing relegation after what was one of the most remarkable achievements and seasons the sport has ever seen. This fall from grace serves as a new lesson to fans: football, like any part of life, is unpredictable. It was fun while it lasted, but now the unforeseeable has occurred. Claudio Ranieri, beloved manager and hero to football fans everywhere, has been sacked and the the fairytale has finally died.

To people who don’t understand the football world, this might not seem like a big deal—people get sacked from their jobs every day, right? How is this any different?

My dad grew up in 1960s Liverpool, where football was the only sport that mattered. There were two teams, Everton and Liverpool, and who you supported depended on where exactly in the city you lived. One team was glorious and victorious and the other were crap—my family supports the latter. Supporting Everton has been a lifetime of successive disappointments, but the Leicester victory made all the bad years worthwhile—it handed power back to the underdogs. Football was once a sport about unity. It was inclusive and accessible to everyone and many followed it, and continue to, religiously. People went to the match every week and left their baggage at the gates; it didn’t matter where you came from or what was going on in people’s lives, they could all be united at the match through one common interest: the team they loved.

However, the sport has changed. Like most things in the modern world, it is now about money, not people. Foreign investors buy out teams they don’t really care about and see them as a money-making machine. Winning has become more important than unity, than respect, than loyalty. Why? Because winning makes money and losing leads to relegation. Teams were once something people supported through ups and downs, but a rise in glory supporting has seen people chopping and changing teams depending on who’s winning that week. Thus, the sacking of Ranieri epitomises the challenges faced by football in the modern world. It didn’t matter that he led victory last year or that the players might only be giving 10%, without replicating last year’s successes; he was forced out nonetheless. Such disposability creates a dangerous image of football—how long until players can be transferred freely outside of a transfer window, until people are supporting an ever-rotating cast of players that depends on who performed best in previous weeks and who pays the most to get the players? It all detracts from loyalty to the sport. I can accept that the days of one-club players are well and truly gone, but if this continues, it’s only a matter of time before the investment of fans in the sport becomes disposable, too.

LCFC have made a grave mistake. Money has become far too prevalent and has consumed too much of our sport. Football is losing its importance in our society and it scares me that it may become decentralised in people’s lives. I urge you to support your local team—root for the underdog and stop the dream, the modern-day miracle, from fading to dust.

Thank you, Ranieri, for inspiring hope and empowering a nation, for making kids excited about football and for giving us something to believe in again. You have been handed far less than you deserved. 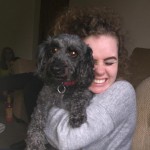 Chloe is 17 and British. On the rare occasion she's seen without a pen in hand, she's probably on the hunt for stronger coffee or dreaming about city lights. In 10 years time she hopes to be a published author or living it up in San Francisco. For all enquiries please contact: gainfordchloe@gmail.com