The Double Standard Of Secularity

Secularity is supposed to separate state from theist religions, thus making sure everyone has the same ground laws, morals and rights regardless of their faith or absence of faith. It was one of the major improvements to society and living in a secular country should be a privilege for everyone, except it is not.

Nowadays, most people and politicians use the argument of secularity to target specific communities, mostly Muslims, but also all minor religions when given the chance.
In the name of secularity, France has for example prohibited the wearing of Hijab in state schools and some populist movements want to extend the ban to all public spaces (even the street). The niqab is already completely banned and there was a huge controversy on the Burkini last summer. But should wearing a piece of cloth bring so much controversy?

Secularity is also a very convenient excuse not to provide religious holidays other than the christian ones (the ones that actually appear on the calendar of “secular” countries), to protest against the building of a mosque or a muslim school although no one seems to have anything against churches, Christmas, etc… which means many people have no problems with Christianity and it being over represented. Overall when it’s Christian it’s culture and tradition and when it’s another religion it’s filth and invasion.

The thing is that we need governments that are not just secular but indifferent. Hijab should be seen as a piece of cloth, mosques as places where people gather, the Quran as a book…and this goes for every religion. It’s not because it means something for some that it has to mean something to you so you don’t have to make a fuss about it.

Secularity should not be about pushing back all religions and banning their practice nor their display, it should not be a tool to oppress people or perpetuate stereotypes and the demonizing of communities when people won’t even call a christian terrorist a “terrorist”. It should recognize diversity instead and allow people to do what they want.

Mayor Pete Should Lead Democrats: He Is The Future

Follow the Money: Private Prisons Will Benefit From the Trump Administrations’ New Policies 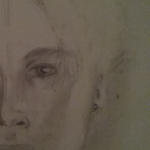 French but not that rude. Constantly rolling my eyes at this society. My predominant interests are social justice, politics, art and travelling. I also have privileges that I want everyone to have.