It’s 2017. Sadly, much to our disappointment, times still haven’t improved for people of color. For starters, the preference for those who possess European features is still prevalent throughout our society. Though this flawed logic has been normalized and passed on from one generation to another, it is time to address the truth: we are all beautiful in our own special ways.

It is unclear who decided that European features would be known as the epitome of beauty or how this came to be; nonetheless, an awful majority of people in our world believe this to be true. Though these are mere stereotypes, it has become natural for plenty of folks to perceive European features as ideal beauty standards. And who can we thank? Society.

The facts are inevitable: we live in a world where the definition of universal beauty is practically synonymous to Europeans or Caucasians. Despite the numerous efforts taken to promote diversity (which have been successful to some extent), thousands globally still perceive this flawed truth to be true because it is what society has forced us to believe all these years.

Look around you. Look at magazines and movies and TV shows. You’ll see something they all have in common—they’re dominated by whites that fit European beauty standards. One of the many examples of this blatant racism can be found at fashion shows. At the New York Fashion Week for Fall/Winter in 2014, approximately 79% of models were white; about 10% were black, 8% were Asian, and 2% were Latina. When the media relentlessly tries to worship these features by showing us the same faces time after time again, it is only natural for us to sometimes feel inferior.

There are thousands of people who often put themselves down or face extreme criticism for something as simple as their facial features or skin color. No one should feel uncomfortable in their own skin. No one deserves to feel this way because of stereotypical Caucasian beauty standards. It has become normal to associate fair skin tones, almond-shaped eyes, full lips, etc. with beauty. However, it’s time we realize this isn’t the truth. Beauty is so much more than that. Instead of teaching others to love themselves for the unique, gorgeous people they are, we’ve driven them to feel uncomfortable with their bodies instead.

Several people are often made fun of and receive hurtful comments for their non-European features. Vile statements such as “You’re pretty for an Asian” are thrown around carelessly without any regard for people’s feelings. Examples of this unconcealed racism and prejudice can be found all over the world. Julie Chen, a Chinese-American featured on CBS, confessed to getting plastic surgery done after facing discrimination. In her own words, she explained, “I asked my news director [if] over the holidays, if anchors want to take vacations, could I fill in? And he said, ‘You will never be on this anchor desk, because you’re Chinese.’” Chen went on to get a surgery done on her eyes after being told that she looks disinterested and bored because of her Asian eyes.

In addition, when whites wear dreads or adorn themselves with bindis, they receive extensive praise for being trendy and fashionable. However, if a person of color dares to do the same thing, they are labeled as ugly or unprofessional. The hypocrisy is unreal.

Growing up a South Asian, there were so many instances where the child version of me felt ugly because nobody on TV ever resembled me. I would rarely, if ever, see an actor, celebrity, or model that was South Asian; since nobody looked like me or had my skin tone, I felt out of place. No kid should ever have to feel like that.

In several South Asian countries, there is a stigma regarding dark-skinned folks. Granted, not every single person believes this to be true, but the overall preference for fair skin is visibly evident. Companies like Fair and Lovely–a brand dedicated to skin-lightening through the usage of creams–blatantly target those with darker complexions and glorify lighter skin tones. Brands and ideologies like these do nothing but add to the ridiculous stereotype that being white and looking as Caucasian as possible is equivalent to being beautiful.

I want to ask, though. Where, in any dictionary, is beautiful synonymous to specific skin colors or facial features? A quick Google search lists the meaning of this word as the following: beautiful, pleasing the senses or mind aesthetically.

This is (by no means) to say that those who are fair-skinned and possess European or Caucasian features are not beautiful. Of course, you are. But it is no secret that whites are not nearly as oppressed as people of color who belong to different races or ethnicities.

Moral of the story? Stop bullying others and making them feel horrible just because they don’t match society’s inaccurate vision of universal beauty. All human beings possess unique traits that make them beautiful in their own wonderful ways.

And you? Yes, you’re beautiful, too–all of you.

In this article:Beauty, diversity, people of color, POC, RACE, racism
Up Next:

Trump’s America: Where You Can Get Shot for Having More Melanin Than Others 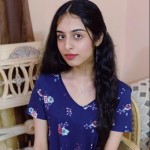