Nasty Gal: From $85 Million to Nothing

Goodbye, Girl Boss. Official as of November 9, 2016, Nasty Gal Ltd. officially declared Chapter 11 bankruptcy, meaning the company sought immunity from creditors and debts by the U.S. government, essentially allowing for them to more efficiently pay off their already existing borrowings. Nasty Gal was created by 22-year old Sophia Amoruso in 2006, who originally began her brand in San Francisco, selling vintage clothes on her Ebay store, “Nasty Gal Vintage.” From a popular Ebay account and the use of MySpace to connect with her following, Amoruso made her transition to the domain of nastygal.com to sell her pieces after only a year and a half.

Already having a significant following at the start of her career, Amoruso took to social media to promote the L.A. based brand’s cool-girl vibe and appealed to young women looking for trendy fashion items to spice up their closets. Selling brands such as For Love and Lemons, Moschino, and Rare London, Nasty Gal offered a wide range of items, including pieces from their own brand. At its peak, Nasty Gal grew to be valued at around $100 million in 2012. Having developed their own aesthetic and a seemingly ever-growing following, nobody could’ve predicted its downfall; even Forbes declared Amoroso as the richest self-made woman, valuing her at $280 million.

On May 6, 2014, Sophia Amoruso released her book, #GIRLBOSS, that detailed her rags-to-riches story and captivated the minds of millions of young entrepreneurs and readers. Later on in the year, in late November of 2014, Nasty Gal opened their first brick-and-mortar store on Melrose Avenue in Los Angeles, California. Catering to teenagers and fashion-forward Californians, Nasty Gal’s popularity boomed, eventually opening a second store in March of 2015 on Third Street Promenade in Santa Monica, California.

But this popularity didn’t last long, and according to bankruptcy reports, Nasty Gal began to face a decline in sales, from $85 million in 2014, to $77 million in 2015. It is believed that their increased spending on marketing and advertisements led to their demise. In their official bankruptcy report, it is stated that, “Nasty Gal’s international sales have declined significantly, in part due to adverse movements in global currency.” With their decrease in sales, Nasty Gal attempted to gain more sales and popularity with new advertising, but as evidenced, this only dug them into a deeper hole full of debt and despair. Due to the fact that they worked with various high-end vendors, Nasty Gal’s declining finances led them to be owing some companies over $100,000.

In the crumbling of their company, Nasty Gal employees also took to Glassdoor.com, a website that offers prospective employees an inside look at the job, with 7 of the 13 reviews giving their job the rating of a “negative experience.” Their unhappy reports made customers skeptical of the brand, and many shifted to other trendy brands, such as Topshop and H&M. Overall, their overspending and attempts at marketing ploys, combined with customers giving other, more fashion-forward brands more attention, ended the Nasty Gal enterprise.

This is the end of Nasty Gal as we know it, as it has been bought by U.K. retail competitor, Boohoo, who bought the company’s intellectual property and customer data for a small sum of $20 million. The final transition of the brand is expected to be completed on February 28.

Now, Nasty Gal offers customers their final “Everything’s On Sale” sale, where every item on the site is 70% off; but beware, many unhappy customers have taken to Instagram and Twitter to express their warnings to others by telling their own stories of orders that have never arrived, or even been shipped out, as well as a lack of communication from the brand’s customer service.

While Amoruso’s finger on the fashion pulse may not have been enough to keep her brand alive, there is no doubt that she is still working hard and following her dreams- even if there was a hiccup in her success. Her focus on the #Girlboss enterprise is expected to grow, as a Netflix comedy series based on her life story is expected to release later this year.

Allow Kim J To Reintroduce Herself

Meet Willie Gary: One Of The World’s Most Successful Attorneys 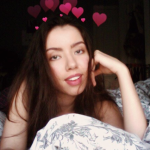 Tara is 16 years old and loves all things creative and fun. She can usually be found browsing Pinterest or editing images from a recent photo shoot. Tara loves going on adventures, shopping for clothes, FaceTiming with her friends, and having dance parties while cleaning her room. You can contact her at: taraanastas@gmail.com