The Phrase "Consent is Sexy" Is Dangerously Flawed

Sex without consent isn’t sex; it’s rape. The phrase ‘Consent is sexy,’ has become fairly widespread. Although it is well-intentioned, it is poorly administered and flawed. Consent shouldn’t be advertised as anything other than a basic human right. It’s crucial to promote the idea that in sexual situations, consent isn’t required because it’s arousing, sexy or flirtatious – it’s mandatory. Teaching otherwise undermines rape and projects a distorted image that sex without consent is merely unsexy, instead of addressing that it is in-fact assault.

Realistically, and quite frequently, consent isn’t sexy. Claiming that it is, puts an unnecessary addition to the definition fo consent. The purpose of getting consent is to give your partner the ability to decline to sex or admit if something is making them uncomfortable, situations that should be taken critically, not glamorized or coerced. Preventing rape is an act that doesn’t need the pressure of being labeled as ‘sexy.’ It builds an unrealistic image of consent and sexy being synonymous terms, eliminating the ability for consent to be unsexy.  Sexualizing the most serious part of sex has the potential to endanger the sanctity of setting boundaries.

Sexualizing the most serious part of sex has the potential to endanger the sanctity of setting boundaries.

The expression, however unconsciously, camouflages the idea that satisfying men is more important than women’s rights. These are concepts that must be separated, rather than letting them get wrapped up together. Men should not see others rights as valid solely when benefiting themselves. The prioritization of the message doesn’t spread it’s intention in the most beneficial way, blurring the lines of its purpose. It’s important to keep the definition of the word, ‘consent’ crystal clear.

No-one deserves any form of praise or reward for not committing rape. Just as we wouldn’t discourage murder by saying that “not murdering people is sexy,” it is, instead, human decency. No strings attached, no prize inside.

Rape isn’t ‘unsexy.’ It’s atrocious, scarring, and should be categorized as such. If you want to contribute to positive sex education by spreading the importance of consent treat it as a necessity.

Periods: Fears, Worries and When To See A Doctor 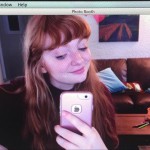 bit of a mess & living in the north west. i love bread and movies and laying on dogs