Africville, Nova Scotia was a community of proud, strong black people living in the 1800’s to the 1960’s. You could ask any past inhabitant about the amount of pride and passion they felt towards the community, and tears would be brought to their eyes. They lived on the waterfront, the shore of the Bedford Basin, next to the Halifax city dump. They lived secluded, no other black people walking the streets of downtown Halifax in fancy coats, staring up at the tall buildings. The people of Africville had their own schools, their own churches and beautiful multi-colored houses and they lived peacefully.

While they worked and paid taxes, the City of Halifax did not provide them with the municipal services they were supposed to have. It has been told “where the pavement ended, Africville began”, because the government did not provide the community with paved roads, running water, garbage collection, sewers, public transport or police protection. The Halifax City Council also forced many hazardous buildings near and in Africville, including slaughterhouses, prisons and even an infectious diseases hospital.

Then in 1917, the tragic Halifax Explosion occurred in the Bedford Basin, affecting Africville greatly. Millions of dollars were donated to the City of Halifax, in hope of helping all communities affected by the explosion. But one community was left out. Africville had been partly destroyed, roofs missing and badly damaged houses. The City of Halifax had not even bothered to survey Africville for damage.

Later then, they placed the city dump right next to Africville. The people of Africville were so poor, having gone through the Explosion and paying taxes, that they scavenged through the dump for things that they could not buy. They found nails, furniture and anything that the rich people of Halifax had tossed away. Their school was shut down when Nova Scotia desegregated their schooling system and many Africville children were forced to go to white schools in Halifax, where they were much discriminated against for living, in what the media called, a “slum”.

Halifax was “embarrassed” by the publicity that Africville was getting, and decided that the law going across Canada, removing neighbourhoods with houses below standard, was the best idea for Africville. The people of Africville protested, enforcing the fact that the land they lived on belonged to them, and that they deserved the chance to redevelop, just as anyone else would be given. The City of Halifax did not listen, they rather used the living conditions of Africville against the citizens, even though the situation could be fixed if the government gave Africville the basic municipal services they paid for. They said “relocation was the only solution” for Africville.

Then it came, the year they began to destroy Africville. The City of Halifax was careless with the deconstructing, almost killing tens of people. The citizens were moved to a new house, then their old house in Africville would be destroyed the same day. One man had been in the hospital for months and when he returned to his home, he had nothing. His house had been destroyed. The church, the beating heart of Africville, the main advocate for the people of Africville, was destroyed in the middle of the night. The houses the citizens were moved to were government houses, made with no space for people to go outside.

After that, many people from Africville moved away, to bigger cities in Canada. In 1969, citizens formed the Africville Action Community, in hopes of keeping Africville alive. The Africville Genealogy Society was formed in 1983 and held picnics, church services and celebrations to bring the community together, on the site of Africville. It was declared a National Historic site in 1996 and in 2010, Halifax Mayor Peter Kelly apologized for the actions of the past government and announced the city would be building a replica church that opened in 2012. Former Africville citizens continue to have reunions in the summer, camping or picnics. They also hold a Christmas service in the replica church every year, that is attended by the citizens and their descendants. Former residents of Africville are still fighting against the government for compensation for the damage done to their homes and their culture. Africville continues to live on, but it should not have been destroyed in the first place.

In this article:africville, canada, halifax, international, nova scota, RACE, racism
Up Next: 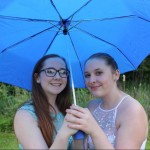