Why We Need To Validate Social Justice On Social Media

It’s a tale as old as social media itself: Invalidating it as a platform for Social Justice. With so many people eager to trivialize social media by saying toxic and outdated things like: “actually get out and do something if you want change”, we need to start the conversation about how important sites like Twitter and Facebook actually are. Let’s start with these three ways that social media aids Social Justice:

1. It’s inclusive
For some privileged people, it’s hard to imagine why anyone who believes in something wouldn’t attend or organize protests or marches in support of what they believe in. Those with this way of thinking often lump everyone who doesn’t do these things together and labels them as “lazy”. It’s not uncommon to hear the term lazy being thrown around excessively by older generations when discussing millennials. But what about everyone else? This mindset overlooks the disabled, people who have financial problems, people too young to do things without an adult, along with others in different situations that hinder them from attending. Taking a day off of work for these type of events isn’t an option for the people who struggle to feed their families. Attending an LGBT March might only be possible if a person puts themselves in their family and puts them in an unsafe living condition. Social media is a free, all-inclusive platform that allows people to show their support and opinion with a click of a button. It’d be ignorant to try to downplay the effects it’s had on people who wouldn’t be able to help otherwise.
2. It helps spread news fast.
How many times have you shown a friend a meme only to find out that they’ve already seen it? That alone goes to show how quickly things can go viral on the Internet. Yes, it is annoying to people who thrive off of knowing an artist that no one has heard of but it is a godsend for the Social Justice community. Unlike the years before the Internet, when it took days to get all the details about protests and marches out, we now have complete organization with the tap of a thumb. Retweets and shares have replaced word of mouth for good reason due to the ability of news accompanied by a video of what’s happening to reach every corner of the world in a matter of seconds. For example this video posted on Twitter by Activist Shaun King tweeted this video calling at the request of a friend tells the history behind standing rock and calls for help from others. The sad truth is the great America that certain politicians speak of was never a real thing but an illusion caused by a lack of ability to spread news. Now we can expose America for what it really is: A mess.
3. It lets you know who you need to cut out of your life .
Internet trolls are not a new thing. In fact, most people who use social media as a platform for Social Justice have seen or had some experience with them at one point or another. It’s easy for people to hide behind a screen and say whatever they want, no matter how horrible or derogatory it may be. This is why social media is an ideal place to expose bigots. It’s not unheard of to hear stories of people being fired from their job or suspended from schools as a result of insensitive posts. Yes, everyone has a right to post whatever they want but that right doesn’t ensure them protection from the consequences it will end in. While seeing strangers using sites like Twitter to spread hate or harmful ideas isn’t an anomalous occurrence; seeing family or people who you thought were your friends do the same can cause you to feel unsafe in your daily life. A pessimistic view on this undoubtedly confusing and emotional situation is seeing social media as a tool to find people in their lives that they should distance themselves from. For example, if someone who is a part of the LGBT+ community reads a post by a family member expressing how violent they would be at pride matches. they will know that it’s unsafe to come out to said family member.
so much more to social media than funny videos and memes, with that said we need to keep the conversation about social media’s importance.
1 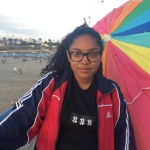 California native Keianna Johnson can best be described as a boy band devotee that happens to write. She's passionate about overusing 90's slang and using her platform to encourage positive change.