Your Experience is Valid: Exploring the Spectrum of Sexual Assault

When many people hear “sexual assault” they tend to jump to all sorts of conclusions, the main one being that the event that occurred involved rape or molestation. While these things do still happen, that does not mean they account for every incident. According to the United States Department of Justice, sexual assault in its simplest terms is defined as “any type of sexual contact or behavior that occurs without the explicit consent of the recipient.” While this definition may not communicate all of the different variations associated with this cruel act, that does not mean they do not exist. In fact, this term actually serves as an umbrella that encompasses several different acts which effect thousands of people around the world. It is also important to note that sexual assault does differ in definition from sexual abuse.

Most people are aware of the obvious examples of sexual assault, which most often involve the perpetrator physically abusing the victim, however this is not the only dynamic of a sexual assault encounter. Forcing someone to engage in any sexual act against their will, unwanted touching between the victim and the attacker, coerced sexual acts, exposing oneself to a minor, inappropriate phone calls or text messages between a minor and an adult, (any sexual act between a minor and an adult really), rape, human trafficking and molestation are all different ways that a sexual assault can take place. Therefore sexual assault does not require the victim physically being touched, and does not necessarily require physical contact at all in the case of minors.

Many victims do not feel as though their assault is important enough to involve the police in, or even bother telling anyone about because maybe it was not a horrific rape or an ongoing series of incidents, but that does not mean it was not just as significant. Just because it was not rape does not mean it was not just as illegal and disgusting. Sexual assault is sexual assault, no matter what form it takes; we need to stop assuming that one is not as bad as the other and therefore not giving it the attention it needs. Education is the key.

“When we educate our kids, we empower them.”

This is a statement from Neil Irwin, who is involved with multiple organizations that help prevent and educate the public about sexual violence.

These topics need to be discussed, even by those who have not experienced them. Do victims a favor and enlighten yourself on ALL types of sexual assault, and validate their experience. When education happens, change happens.

In this article:#trigger warning: abuse, sexual abuse
Up Next:

An Open Letter To My Fifth Grade Bully 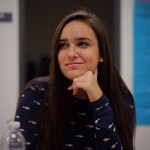 Hailey is a 16 year old from Dallas who is an editor on her school's yearbook staff, and a member of the academic decathlon team. When she has a moment to breathe, she enjoys binge-watching Netflix shows and eating way too much ice cream.

Sexual Exploitation of Children – An Issue That is Often Ignored

A 7-Year-Old Raped And Murdered In Pakistan