China runs one of the largest systems of organ transplantation in the world. The program supposedly awards transplants to an estimated 20,000 people annually. However, the number of organ donors are far less. Even fabricated statistics make it obvious that the donations are fewer than the actual hospital procedures.

Huang Jeifu, who was the Deputy Health Minister in 2005, offered numerous contradictions to the actual numbers of transplants and donors. He mentioned how in China, the average organ donation rate is 0.6 per million people, compared with 37 per million in Spain. In traditional Chinese culture, the body must remain intact after death, and modern day lack of regulation in organ donation makes it particularly unattractive.

Logic begs the question. Where are these extra organs coming from? Most legal organs must come from prisoners, since the 1994 reform which states that organs may be harvested from executed prisoners even without their consent. The Chinese nation is an avid advocate of the death penalty.

This means that a large amount of organs used in life-saving transplants (for the upper class that can afford it, at least) come from individuals against their wishes. In particular, the disappearing prisoners are those who provide problems for the state.

This is a religious genocide in which the state is literally body-snatching the innocent.

For context, the People’s Republic of China outlawed the Falun Gong back in 1999. Calling the spiritual practice a “cult”, officials in the Communist Party of China have persecuted its members for almost two decades. The semi-religious semi-philosophical group is formidable sheerly because of their size. They were a united seventy million at the time of persecution. The capitalist dictatorship frowns upon any reasonable opposition.

Covering up by politicians aside, evidence remains that political prisoners have been routinely slaughtered and harvested for their organs. Reports began in 2006, but it is suspected that this has been going on since the imprisonment began. Many of the surgeon directors double as members of Anti-Cult Associations. The national shortage of organs combined with the formerly rebellious cadavers allows for this inhumane treatment of citizens to continue. What is profitable is not always right.

Transport Groups Are Striking In The Philippines

Remembering the Asian Oscar Winners of The Past 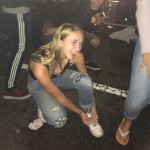 i am an 18-year-old anti-Futurist from Maplewood in Jersey! i love my dog, goth stomp boots, going on adventures, dancing, disco rap and Bollywood, computers, the Economist, social psychology, etc., etc....

China Has Successfully Sprouted Cotton On The Moon

Why World Leaders Are Planning To #DitchTheDollar