We Need to Pay Attention to Mental Health Policy

I learned on a tour of my local prison in Newton, NC that prisoners stay in a dark room surrounded by security and their cells. These men get an hour outside in the small, cement paved courtyard every two or three weeks. Unsurprisingly, a statistic thrown out on the guided tour shows that around ten percent of prisoners should be in an inpatient facility, not in jail.

America has the highest incarceration rate in the world, and the highest percentage of mentally ill residing in prisons. This is not the only problem with America’s mental health  system: another high percentage of the mentally ill are homeless, and the country is 37th in health care. This ranks the country among Slovenia and Costa Rica, making it the lowest ranked developed country in the world. To move up to the ranks of fellow developed nations, America needs to model those with superior mental health care models and bring awareness to its fallacies.

Trieste, a region of Italy, is a shining example of community based reformed care that relies on the assistance and understanding of a community, and various forms of therapy. Hospitalization is a last resort in this concept, with minimal beds available, and even then those hospitalized can stay unisolated from their family and friends. The facilities feel friendly and inviting, which normalizes the concept. Programs include group activities, daytime facilities, home visits, and job training.

A larger policy that would be easier to follow is that of the U.K., which is ranked number one in the world for mental health. The U.K.’s former Prime Minister David Cameron proposed a plan in January of this year which will invest almost a billion pounds into U.K.’s mental health system. This will include investment into pre and post-natal care, target wait times for adolescents suffering from eating disorders and psychosis, and implementation of 24 hour community based care.

Many countries have mental health systems that the U.S. can model to create a better system for their mentally ill. By being community based and more organized, the United States can stop people from slipping through the cracks and improve on several other ranking points as well. With Donald Trump moving into office, it is time to act now, and fast.

In this article:#Mental Health #Mental Disorder
Up Next:

It’s Okay to Get Help

What People With Anxiety Disorder Wish Other People Knew 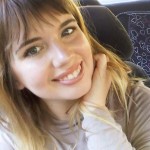 Logan is a tea and cat lover who lives in North Carolina. She plans to double major in psychology and art at UNC, though journalism is also an option. She has been published in several publications, including The British Marque and ONE, and enjoys reading and painting in her spare time.

How Mental Health Awareness and Art Can Collide