Jeff Sessions, Attorney General, met with Russian Diplomats in Washington last year during the 2016 election and is currently under fire for not disclosing those interactions in his Senate confirmation hearing, according to a story first reported by the Washington Post. On Wednesday Night, Sessions issued a statement:

“I never met with any Russian officials to discuss issues of the Campaign.”

However, the Department of Justice acknowledged on Wednesday that the two instances where Sessions had interactions with Russian officials were in July at the Republican National Convention and in his office in September where he spoke with Sergey Kislyak. The content of those conversations is currently unknown. This is a similar reaction to the firing of Michael Flynn, former National Security Adviser, who had contact with Russian officials post-election, but prior to Inauguration day, sparking interest in the Logan Act.
The Logan Act was passed in 1799 and essentially prohibits citizens from interfering with foreign affairs and relations between the current administration and other nations. If convicted of violating the Logan Act,

it is considered a felony and punishable for no more than three years in prison. Similar to Flynn, it is questionable whether or not the Logan Act applies to Sessions as the context of an investigation, if pursued, would examine his behavior as a member of the campaign and transition team, not as Attorney General. However, defenders of both Sessions and Flynn argue that the Logan Act has rarely been used and is most likely unconstitutional saying it violates the First Amendment, freedom of speech, as well as the Fifth Amendment, under the due process clause.
In addition to allegedly participating in discussions with Russian diplomats, Sessions failed to inform representatives of his interactions at his senate confirmation hearing, or when asked about possible communications between Russian officials and members of the Trump campaign team. As of right now, there has been no federal investigation regarding the Trump team’s contact with Russia during and since the campaign, and a conflict of interest has been brought up regarding the fact that Sessions, as Attorney General, is head of the Department of Justice and would be in charge of leading that investigation. Paul Ryan in his weekly address on Thursday said he backs Sessions’ decision to recuse himself from an investigation after being called upon to do so by multiple top GOP representatives, one of which is House Oversight Committee Chair, Jason Chaffetz. At a press conference Thursday afternoon, Sessions formally recused himself from any investigation regarding this matter.
Many members of congress are advocating for a third party investigation but are met with opposition from Republicans who argue there is no substantial evidence to thoroughly examine the activities of the Trump team. Sessions received criticism from both Democrats and GOP representatives. Representative Elijah E. Cummings (D) of Maryland called for Sessions to resign for making “demonstrably false” claims and failing to correct public records on his own accord, saying

“There is no longer any question that we need a truly independent commission to investigate this issue.”

Richard Painter, who served as a White House ethics lawyer during former President George W. Bush’s administration, criticized Sessions and said that if the reports are true, Sessions could be looking at jail time.
The reports regarding Sessions’ interactions came after news that the White House officials in the Obama Administration, in their final days, attempted to locate and spread information about Russian efforts to interfere with the 2016 Presidential Election. Officials defended their actions, saying their two main objectives of this operation were to ensure this meddling is not repeated in other American or European elections and to leave a trail of evidence for government investigators.

The President’s response to the situation on twitter Thursday was,

“Jeff Sessions is an honest man. He did not say anything wrong. He could have stated his response more accurately, but it was clearly not intentional. This whole narrative is a way of saving face for Democrats losing an election that everyone thought they were supposed to win. The Democrats are overplaying their hand. They lost the election, and now they have lost their grip on reality. The real story is all of the illegal leaks of classified and other information. It is a total “witch hunt!”

He then went on to call for an investigation on Senator Chuck Schumer and Minority Leader Nancy Pelosi for their contact with Russia on Friday saying “I hereby demand a second investigation, after Schumer, of Pelosi for her close ties to Russia, and lying about it.” Since Friday morning, he has attempted to paint the picture that the Obama Administration had meetings with the same Russian Ambassador, Kislyak, under the same illegal circumstances that Sessions and Flynn have allegedly met. There is nothing to support that claim, considering that the White House Administration should be communicating with foreign ambassadors to discuss and negotiate policy. Early Saturday morning, President Trump spouted accusations that the Obama Administration wire tapped him,

“Is it legal for a sitting President to be “wire tapping” a race for president prior to an election? Turned down by court earlier. A NEW LOW!”,

Comparing it to Watergate and the Nixon Administration,

“How low has President Obama gone to tap my phones during the very sacred election process. This is Nixon/Watergate. Bad (or sick) guy!”

There is no current evidence to support this claim, Former President Barack Obama’s spokesperson, Kevin Lewis, released a statement, ”

Trump Signs Bill That Removes One Of The Few Gun Laws That The U.S. Had 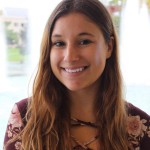 Hi! My name is Skylar, I am eighteen years old and plan to attend college for a Journalism major and political science minor.