Queerbaiting in the Media Is A Serious Problem

Growing up, I always felt very confused watching TV, as I would seek out people who acted like me, but I never saw LGBTQ relationships accurately portrayed for the media consuming American people.

LGBTQ relationships on TV, though becoming more common, often rely on stereotypical “gay” behavior to make the straight viewer feel more comfortable with the couple, or use them as a limited story arc before killing off one of the two people in the relationship, wrapping up the entire relationship in three episodes or less.

Queerbaiting is when writers add homoerotic tension between two characters to attract more liberal and queer viewers, but either pair the characters off with a heterosexual counterpart or never confirm the relationship between the pair.

Queerbaiting is extremely harmful because it perpetuates the vicious cycle of homophobia and fetishization that allows cishet teenagers to “ship” their usually white characters together, and gives writers a copout to including actual queer representation on their TV shows. Queerbaiting denies the LGBTQ community the chance for representation in the media, and gives many cishet fans the outlet to dehumanize their favorite characters by “shipping” them together.

I’m going to use the example of Supernatural as a show that relies heavily on queerbaiting to draw in a viewership of teen girls seeking a “ship” to fantasize over, and Modern Family as a show that reinforces negative gay stereotypes under the mask of being “progressive”, before highlighting a show that breaks the queer “mold”.

While Supernatural is extremely guilty of queerbaiting, they are not alone in this practice. Shows like Sherlock and Once Upon a Time rely on many of the same tactics, as well as characters like Dumbledore and the two leads in Harry Potter: The Cursed Child.

The writers of Supernatural are very aware that fans “ship” two of the leads, Dean Winchester and Castiel together. They consistently use offensive gay jokes in storylines or have the men care for each other but reinforce the “no homo” mold after each semi-romantic gesture.

One of the stars, Jensen Ackles, has also demonstrated his extreme discomfort at even the possibility of his character being queer in any way. At a convention, when a fan began to explain how she looked up to Dean for her inspiration to come out, he stopped her and told her not to “ruin it for everyone now”, before having the moderators tell her to sit back down.

Though the leads and the writers tease the relationship constantly, they have made it clear that they have no intention of ever letting the hinted relationship become in any way a reality.

While the queerbaiting is a huge issue in Supernatural, the even bigger issue is the utter lack of queer representation in the show. Castiel has hinted at the possibility of being bisexual since his introduction on the show, even before the romantic subtext emerged between him and Dean.

The consensus between many fans is that the writers feel by writing in canon Destiel or even bisexual Dean or Castiel, they would lose the majority of their fanbase. However, that is simply completely incorrect, as the viewers polled majorly indicated they would continue watching, or support the show more if there were more gay representation on the show, especially a bisexual character.

The lack of bisexual representation on TV is appalling, but even worse is the fact that when bisexual characters are on TV, they represent the negative stereotypes that society has forced upon bisexual people. Bisexual people on TV are often unable to stay in relationships, frequently cheat on their partners, or are sexually promiscuous towards anyone with a pulse. Having an out bisexual character on a TV show with a support base like Supernatural would be huge, because the writers would have the opportunity to show the world that bisexuality is not a shameful thing like the media has led people to believe.

While queerbaiting is offensive and should be replaced with genuine queer relationships, stereotypical gay characters set the community back even further in my opinion.

Take Modern Family as an example, or more importantly Cameron and Mitchell, the gay couple on the show.

While Modern Family has made great strides in warming America up to the ideas of gay couples being average American families, they have done so at the cost of relying on outdated stereotypes to make straight people more “comfortable” with what they are seeing.

Cameron Tucker, one half of the couple, is the stereotypical feminine gay man you would expect to see from writers. He is overemotional, loves theatre, throws tantrums when he doesn’t get his way and acts as the “mother” to Lily.

Mitchell Pritchett is the polar opposite of Cameron, but still fits into the gay “mold” the media has created. He is emotionally closed off, frequently embarrassed when Cameron acts out in public and draws attention to them, shies away from PDA of any kind, and tries to act less gay when his judgmental father and friends are around. While this behavior makes sense to the “shy” Mitchell, it demonstrates to viewers that being gay is something that should be looked down on, that people do not want to admit to their friends and family and that they need to hide who they are.

When my family and I first started watching Modern Family, I was intrinsically drawn to Cameron and Mitchell, because subconsciously my brain sought out those who acted like me on TV. However, as the seasons went on, I began to realize why characters like Cameron and Mitchell are so funny to most people who come back every week to the show.

The couple is funny because viewers are laughing not with the characters, but at them, or more importantly their mannerisms. Viewers are laughing at the stereotypes they are conforming to and the ideas that gay characters will never be more than superficial fluff points without any interesting storylines of their own.

While Modern Family does fall victim to these stereotypical portrayals of queer people, they have also made advances in these ideas as well. Cameron and Mitchell are together and raising a child, which cancels out the notion that gay people are unable to stay committed to one partner for their entire life. Modern Family overall has been a great boost to the community, but should try and make the characters more 3D, because they deserve it.

In this article:castiel, harry potter, modern family, queerbaiting, supernatural
Up Next: 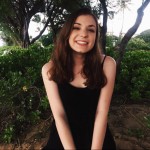 Caroline Fenyo is a 17-year-old student from the Bay Area. She is passionate about politics and LGBTQ+ issues, and hopes to use her voice to amplify these communities.

Hermione’s Influence Is Being Passed Onto Belle

Draco Malfoy: Bigoted Puppet With No Heart of Gold