This picture was provided by the Independent Mail.

President Donald Trump proposed a budget today that directly attacks the needy in order to fund his 52 million dollar advancement in Military spending.

In this proposed budget, Trump cut spending for the Department of Housing and Urban Development (HUD) by 6.2 billion dollars, a 13.2% decrease from the previous year. More specifically, this means that HUD’s entire $3 billion dollar Community Development Block Grant Program would be abolished which includes programs like “Meals On Wheel”, as reported by the HuffingtonPost.

Meals on Wheels “provides food to the elderly, poor, veterans, disabled and others who often can’t leave their homes.” Additionally, it provides vital human interaction for home-bound senior citizens and disabled persons.

The Trump Administration’s reasoning behind this haste defunding of need-based programs is because “we can’t spend money on programs just because they sound good,” stated Mulvaney (Trump’s budget director) in a press conference today.

Mulvaney later went on to say that,“The federal government has spent over $150 billion on this block grant since its inception in 1974, but the program is not well-targeted to the poorest populations and has not demonstrated results,” the budget proposal states. “The budget devolves community and economic development activities to the state and local level, and redirects federal resources to other activities.”

Essentially what the Trump Administration is attempting to argue is that we need to stop spending money on programs that have been proven to be ineffective.

But like many things the Trump Admin has said, this is not true.

Nearly 1 in 6 seniors are hungry. In 2015 alone, Meals on Wheels on America provided 219.4 million meals for seniors.”63% of those meals were delivered to the homes of the elderly,” reported CNN.

Additionally, by having this human interaction with senior citizens through the delivery process it has decreased the number of falls in the home and thus saved the country $34 billion dollars a year.

Providing Seniors with the opportunity to stay in their home as opposed to going to a nursing home or hospital, not only saves the government money but also improves the health of the individual. This cut in funding could mean that millions of seniors could be left in need. 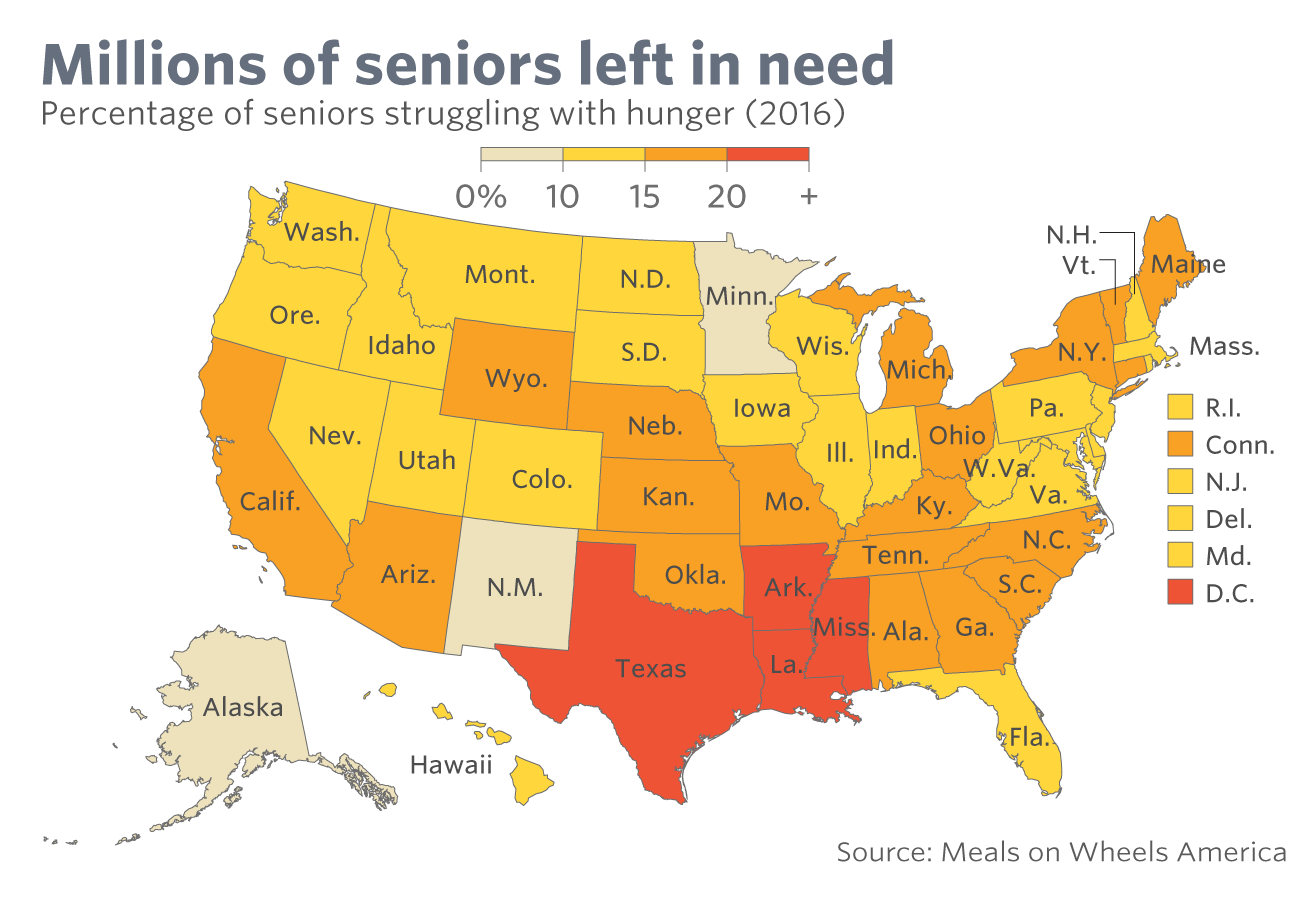 Because Meals on Wheels is not federally mandated and relies on local organizations for meals and funding ( whom of which are able to do that through the block grant that they receive), many states would have to decrease the number of people they are able to provide for or close their doors entirely. The Meals on Wheels programs is already serving 21 million meals less than it was in 2005 and this cut in funding will only make matters worse.

This cut in funding is an exchange for an elderly person well-being in return for more ammunition in our already highly maintained militia. Our military budget is 7 times more than the next 7 largest military budgets around the world, COMBINED. Meals on Wheels is win-win for both the community and the elderly, but who wins when we value the ability for our military to have ‘bragging rights” over the needs of ordinary American citizens?

This is not an attempt to reduce what the military does or how vital our defense department is, but only emphasize the need for us a nation to re-evaluate the way we allocate funding.

Read the proposed budget for yourself by clicking here. Because, as always, it’s important to follow the money.

The Rich Get Richer: Why “Trickle Down” Economics Don’t Work and How It’s Ruined Our Economy

Hadiyah Cummings is a Senior in High School who understands that the plight for justice begins with the individual. She is passionate about politics, African-American history and most importantly, Beyoncé. You can find her on twitter at @hadiyahisfab