Companies Are Boycotting YouTube After Their Ads Ran An Offensive Video

Walmart, Starbucks, AT&T and PepsiCo have joined a long list of major advertisers who have pulled their ads from YouTube this week.

“We are deeply concerned that our ads may have appeared alongside YouTube content promoting terrorism and hate,” said AT&T. “Until Google can ensure this won’t happen again, we are removing our ads from Google’s non-search platforms.” PepsiCo and Walmart released similar statements stressing that the offensive and hateful videos beside their advertisements were against their companies’ values.

Over 250 companies have halted their advertising on YouTube in the last few days, including Toyota, Heinz, L’Oreal and McDonald’s. A Toyota ad appeared on a video by a homophobic preacher, and other brands saw their ads running on racist, anti-Semitic, and terroristic videos.

In response, Google’s chief business officer Philipp Schindler wrote, “Recently, we had a number of cases where brands’ ads appeared on content that was not aligned with their values. For this, we deeply apologize.” He promised that the company would “[take] a tougher stance on hateful, offensive, and derogatory content” and give brands greater control over ad placement.

A tough job lies ahead for Google – around 400 hours of video is posted on YouTube every minute, and computer programs can’t always accurately identify offensive content.

Creating stricter filters could cause harmless, well-intentioned videos to get banned from running ads, which means the creator will not be paid.

Starting a year ago, entrepreneur Matan Uziel and his team created the YouTube channel Real Women Real Stories and began uploading videos of women talking about their sexual abuse experiences. After his content began earning some money, Google stopped playing ads with the videos because of their “sensitive nature.” A few of Uziel’s videos have racked up hundreds of thousands of views; one has almost reached 2 million. But the loss of advertising revenue could undermine his ability to create more content and share these women’s vital stories.

In the end, RBC Capital Market analysts believe this boycott will have “minimal” impact on Google revenue. Even if YouTube and Google Display Network revenue dropped 10%, an unlikely outcome, the company’s overall revenue would only decrease by 1.7%.

The Stigma Of Living in A Trailer Park 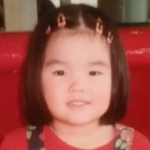 U.S. Army Ads Are Video Game-Themed Propaganda And No One’s Talking About It

How Avoiding Comments Sections Has Improved My Mental Health

Ditch Google, Use Ecosia As Your Default Search Engine And Help Plant Trees Across The World

Here’s What Happens When You Google Depression