Asia: The Diversity of One Continent

Enter “Asian people” in the Google Images search bar and results will mostly show you people with slanted eyes and fair skin. Type “Asians” and you receive almost the same results. And when you watch a Western movie with Asians in it, the typical Asian you’ll most likely see is an Asian with characteristics most likely found from East Asia.

Though, representing East Asians isn’t a bad thing, focusing only on East Asians can have a harmful effect on the view of other Nations towards Asia and its population as a whole. Asia is usually painted as the continent with cherry blossoms, skyscrapers and temples dedicated to Buddha. Asians are viewed as slender people with sleek black hair with personalities that are either a cold attitude or a cheery but shy disposition. Of course, both stereotypes are presented as incredibly smart and you’d think that would flatter us but not really, But it actually doesn’t.

These views of Asians should not continue. Asians don’t just come from China, Japan and North and South Korea. Asians are not just the stereotypes presented to you on the big screen or on your Netflix shows. Asia is a huge continent that consists of countries with different cultures and people. You cannot just fit Asia into one category because that’s not possible. Asia is simply too diverse to do that.

So before you describe an Asian, remember Asians don’t just belong to East Asia nor are they extremely smart. Asians are people. Individuals who are all unique in a way.

So please, stop stereotyping Asians. Stop being ignorant towards us.

In this article:asia, diversity, stereotypes
Up Next: 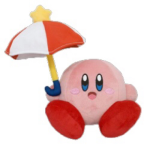 Alicia was born and raised in the Philippines and reads a plethora of books and essays. She hopes to become a successful author one day.