“What I’m saying is – and this is not a come-on in any way, shape or form – is that men and women can’t be friends because the sex part always gets in the way.” these are the words from Harry Burns, the main character in the critically acclaimed romantic comedy When Harry Met Sally. It is the mentality that follows both men and women, in all stages of their life and friendships with the opposite sex.

For some reason, our society finds it odd that a man and a woman would just meet to spend time together, without any sexual or romantic intentions. Imagine that! How can men control themselves with a woman right there? Are you they sure they don’t want to “tap that?” And women if you like the guy’s personality enough to be friends with him, what’s the extra mile? Wouldn’t he make a great boyfriend? I think there’s something more there. These are the idiotic questions that almost always follow men and women friendships with the opposite sex.

The reality is that when we ask ourselves can men and women really be friends, the answer is always yes and by even having to ask we are perpetuating a culture that believes relationships between the opposite sexes only exist for sexual or romantic fulfillment. No, sex shouldn’t be a problem because if you are friends with someone then by definition you do not feel sexual attraction towards them.

The problem is that in our hyper-sexualized culture we believe that most men are willing to have sex with any woman and believe that women in some way “owe” men something in a relationship.

The idea of the “friend zone” in itself is an example of hyper-sexual culture. No a woman who wants to be your friend did not “friend zone” you because she didn’t owe you any sexual or romantic favors, to begin with. Why is it demonized that a woman would just want to be friends with a man as if that is something horrible, an insult to a man’s honor and desirability?

In the media, platonic affection between heterosexual men and women is not explored nearly enough, with a lot of these friendship portrayals being ruined by “slip up ” here and there where the pair engage romantically or sexually. Most friendships between the opposite sex in the media are between a straight woman and a gay man or vice versa. As if thanks to one of them not being attracted to the opposite sex, they can finally have a truly platonic relationship without all that pesky sexual tension.

Is it so difficult to believe that a man and woman could enjoy an intimate relationship without sex or romance? Well, if you watch all the romance movies where two friends secretly pine for one another the entirety of the film until they kiss and swear to love each other forever, then yes it is.

Millions of men and women have wonderful friendships that last years, yet our society continues to act surprised at this. There shouldn’t be segregation, where we can only be good friends with the same sex. We need to end this hyper-sexualized culture that stops amazing friendships from growing.

The Efforts of the Legendary Ruth Bader Ginsburg 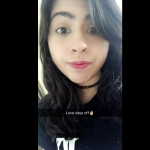