Found on ThinkProgress' article, "Forcing Kids To Stick To Gender Roles Can Actually Be Harmful To Their Health" (SHUTTERSTOCK).

Within the past 100 years, societal expectations on gender roles have constantly evolved. More women are pursuing careers in fields that do not relate to child care, more men are taking on the role of “stay at home dad,” and today’s youth are able to grow up in a world that is less judgemental of traditional gender scenarios than it used to be.

While the rigidness of traditional gender roles have begun to lessen, there is still one major problem: society’s most influential members, children, are relentlessly being targeted as the next victims of gender’s restrictive tendencies.

Toy gendering is a prevalent phenomena, but it is often done in subtle ways. For example, children’s toys that are pink are generally labeled as being “girly.” Pink is a traditionally feminine color, but why? According to the Smithsonian, “Today’s [feminine] color dictate wasn’t established until the 1940s, as a result of Americans’ preferences as interpreted by manufacturers and retailers. . . So the baby boomers were raised in gender-specific clothing. Boys dressed like their fathers, girls like their mothers.” Similarly, blue was established as being a “boy” color around the same time as World War II. Ever since then, girls’ toys and clothes have been marketed in a sea of pink, while boys’ clothing and toys have been tinted with the decidedly masculine color of blue. Not only are these two opposing colors meant to appeal to specific genders; these colors are used in an attempt to sell toys that perpetuate gender stereotypes. Today, girls’ and boys’ toy aisles are drowned in their respective gender-specific colors, and young children are taught that they can only play with toys that align with society’s views of what is feminine and masculine.

Additionally, specific toys perpetuate gender roles. One of the most popular examples of a traditionally gendered toy is the Barbie doll. Barbie dolls inadvertently show young girls that they have to care about their appearance, while they also wrongfully insinuate that you are only beautiful if you are white, thin, and perfect. In recent years, the Barbie brand has become increasingly realistic, marketing Barbies of all races, careers, nationalities, and body types. However, the Barbie Dream House has stayed in line with the problematic Barbie history. The Barbie Dream House debuted in 1962 as a normal modern home, while other Barbie Dream Houses have since turned into glamorous abodes that unashamedly display their intended purpose of keeping Barbie at home. Since 1962, Barbies have subsequently been marketed as being synonymous with the Barbie Dream House, which furthers the idea that women are supposed to be content with a life of domesticity.

Similarly, the Easy Bake Oven has specifically appealed to young girls. At first glance the Easy Bake Oven seems harmless. Marketed in a timeless pink, this not-so-subtle toy is telling young girls that they better learn to cook and bake at the ripe age of five. Because this toy targets young girls, it excludes boys that want to be able to easily and safely bake delicious desserts.

In contrast, Legos are a very popular toy that are typically marketed to young boys. In recent years, various studies have linked gender stereotypes to Lego play. These studies seem to imply that boys will go into a math and science based career if they are able to develop a strong interest in those subject areas from a very young age. These studies also make one question if the marketing of Legos towards boys tends to exclude girls from potentially entering a STEM career. According to the U.S. Department of Commerce, “Although women fill close to half of all jobs in the U.S. economy, they hold less than 25 percent of STEM jobs. This has been the case throughout the past decade, even as college educated women have increased their share of the overall workforce. ” Maybe this issue of female representation in STEM careers can partially be contributed to the lack of toys that inspire young girls to expand their mathematical and scientific knowledge later in life. Although the Lego company has recently began marketing Legos geared more towards young girls, there is genuinely no need for there to be “boys” Legos and “girls” Legos; children should be able to play with Legos without the idea of underlying gender specificity.

Boy’s toys are equally instrumental in perpetuating society’s long-established gender roles. The most popular market for young boys revolves round comic book superhero characters, specifically Marvel and DC Comics. Since current pop culture portrays superheroes so frequently, there are unintended side effects on how young boys begin to view themselves. Superheroes are marketed to be especially manly and tough. Along with the superhero’s rippling muscles, his masculinity is just as unquestionable when he saves the damsel in distress. Superhero action movies have gnarly fighting scenes and wicked explosions, but every superhero seems to be fighting his own emotional demons. For example, Iron Man (Tony Stark) puts on a facade of being a confident playboy billionaire, when really he is trying to deal with the emotional trauma of having a disinterested alcoholic father. Similarly, Batman (Bruce Wayne) begins a life of vigilante justice after witnessing his parents’ murder. Both of these men literally created a separate identity in an attempt to satisfying emotional hardships. While both of these characters are heroes, their emotional repression inadvertently shows boys that they should mask all of their feelings in order to be viewed as a “real man.” In the age of excessive toxic masculinity, superheroes seem to be a watered-down version of what society deems to be manly.

The way that society views gender is often prevalent in children’s toys. It is the responsibility of consumers and parents to encourage a toy market that is inclusive and open-minded. Children do not need to grow up in a world where their playtime is determined by traditional gender roles; they should be allowed to play, create, and image without restriction.

What To Do About Leaving High School With Regrets 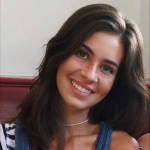