Everyone Wants What They Can't Have: Beauty Around the World

Standards of beauty vary from country to country. The westernized Kardashian-esque standard of beauty is, surprisingly, not the norm in many parts of the world. The ‘slim-thick’ figure many strive to achieve with shapewear and cosmetic surgery is not a global standard, but the lengths taken to achieve this image are comparable to those taken by women and girls around the world. There is one trend, however, that is universal: everyone wants what they don’t have.

Let’s start with America. Here, we buy ripped jeans and frayed sweaters. We strive so hard to have slim waists that we’re willing to constrict ourselves in waist trainers to obtain them; we’re willing to go on juice and tea cleanses to trim our bellies, but travel to Mauritania and it’s a completely different story.

In Mauritania, big bodied women are seen as the height of beauty. A man with a fat wife is seen as wealthy. Being fat in Mauritania is a status symbol and a highly desired one, so desired that mothers will often force feed their daughters or send them to camps, or fattening farms in the middle of the desert in hopes of fattening them up. This practice is usually referred to as leblouh or gavage, and mothers start forcing their daughters to take part in this practice when they’re about as young as five-years-old. The ritual is something many of us would consider a form of torture. Girls sit around a bowl and consume dizzying amounts of millet and goat milk all day. If they throw it up, they’re often forced to eat their own vomit. Mauritania has high rates of weight-related illnesses. Among them are diabetes and heart disease. About 375,000 women in this country are obese, that’s 97.9% of women in the country.

In South Asia, lighter skin is more desirable. In India, skin lightening or bleaching creams make up a $450 million industry. Here, skin whitening creams are outselling Coca-Cola. Most of the women represented in Bollywood movies have fairer skin, yet most of the actual population of India has darker complexions.

Korean Beauty standards prefer larger eyes with creases, thin waists and fair skin. In South Korea, women strive for high cheekbones and thin faces, to achieve this, many women go under the knife. 1 in 5 of the women in South Korea have undergone some form of cosmetic surgery. Double eyelid surgery is a popular procedure in South Korea where monolids are considered inferior to creases. Beauty is so important to Korean culture, that many job applications require headshots with an applicant’s resume.

Beauty is fluid; it changes with the times and with the regions in which one lives. Women starve themselves, spend thousands on surgeries and bleach their skin to appeal to the very societies that continually tears them down.

Feminism, Fluidity and Finding Yourself: An Interview with Jennifer Weishaupt, Director of Girls Rock Athens 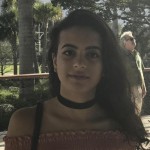