Meghan Markle Is Her Own Woman

Recently, actress and friend of Meghan, Priyanka Chopra was on the Wendy Williams Show to talk about her new movie, Baywatch. They spoke about a variety of topics regarding Priyanka but it seems as though the most important question, Wendy wanted to know was if she would be a bridesmaid for Meghan. It was a simple question, no harm done but the way Williams had framed the question was a problem. 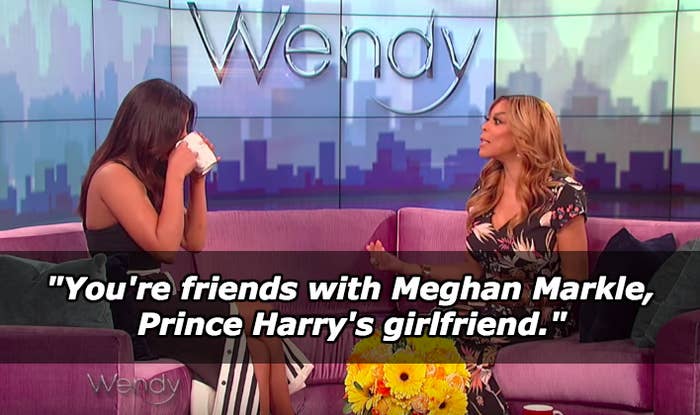 Wendy had heavily emphasized the fact that Meghan is the girlfriend of British Royal, Prince Harry but seemed to forget that she is more than that. Priyanka, however, did not and was quick to tell Wendy, “Also, Meghan Markle, actress Suits, her achievements”. Priyanka firmly believes in the concept of a strong independent woman which was something she had said during her interview when questioned why she doesn’t like being accompanied by a date at the red carpet. 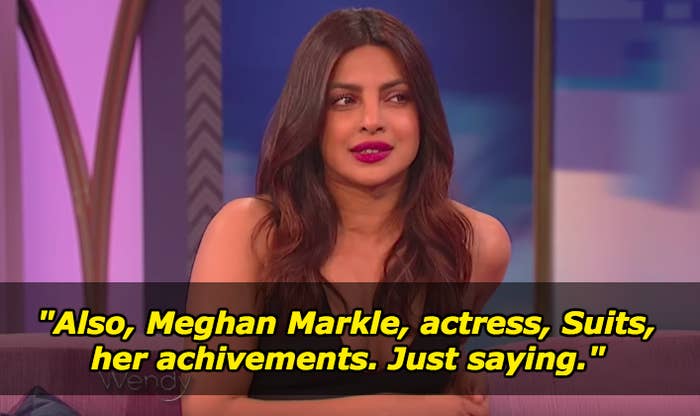 People and the media seem to forget that she is her own woman, has an amazing career and should not be defined as the girlfriend of Prince Harry because she is more than that. It’s not the first time where the media reacts to the girlfriend or wife of a high profile individual like this. When George Clooney got married to Amal Clooney, multiple news outlets referred to her as only being, “George Clooney’s Wife” and later named she was a lawyer of some sort but mainly focused on her being the wife of Clooney. Amal Clooney is more than just the wife of George Clooney. She is a barrister at Doughty Street Chambers, who specializes in international law and human rights.

Some people may think that there is absolutely nothing wrong with being called the ‘girlfriend’ or ‘wife’ of someone and that is honestly not a problem but when the media decides to disregard them as their own individual and only see them for being known as ‘Prince Harry’s girlfriend’ or ‘George Clooney’s wife’ then there is a problem.

These women are more than just being known for the man they are dating or married to. They are beautiful and talented women who should be known for their achievements and not for who they’re romantically involved with. Meghan Markle is an amazing actress, humanitarian and activist who shouldn’t be labeled as “Prince Harry’s girlfriend”. She is a strong independent woman who has accomplished many great things and that’s what she should be known for, not her relationship status.

Zoë is a nineteen-year-old from England currently living in New York for university studying Public Relations. Zoë is a lover of all music genres especially alternative R&B, UK Grime and Korean music.